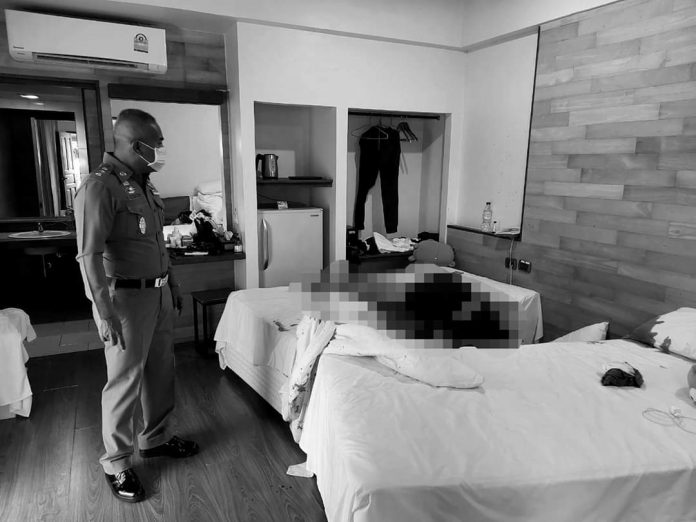 Pattaya-
A young woman has stabbed her girlfriend to death before killing herself in Pattaya yesterday according to Pattaya Police.

Captain Tanongsak Inpadung of the Pattaya City Police was notified of the incident yesterday at a rented room in Pattaya.

Police, emergency responders and The Pattaya News arrived at the scene to find two bodies who were identified as 29 year old Ms. Passanan Jantaraprapat and 24 year old Ms. Ratree Sriwiboon.

Slash and stab wounds were found on both of their bodies according to the police report. A knife was found nearby.

Ms. Ratree’s brother told police that they were on a holiday to Pattaya with family and Ms. Passanan.

He said the group were drinking alcohol together then went to bed, with both victims heavily intoxicated. In the morning he found the couple’s bodies lying deceased in a large puddle of blood in their rented room when he went to check on them. He told police there were no signs of a dispute earlier in the evening.

At this stage Pattaya police believe that Ms. Passanan has stabbed her girlfriend to death before killing herself. They continue to investigate the incident overall.