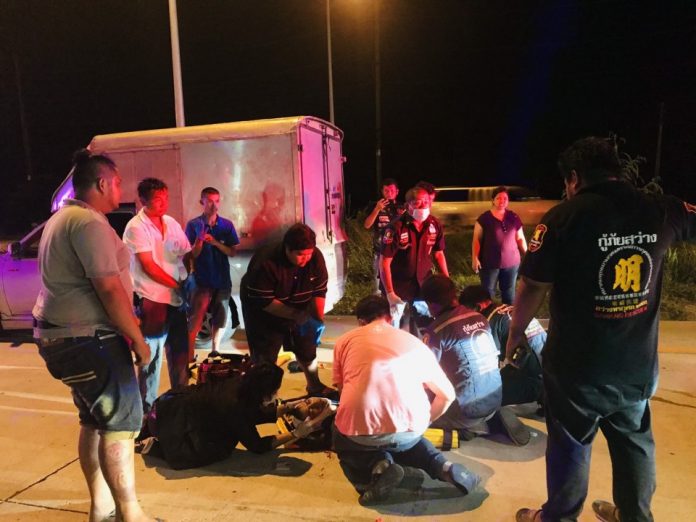 Rescue workers were notified of the accident at 8:30 PM on road No 36 in the Pong sub-district.

Emergency responders and The Pattaya News arrived at the scene to find Mr. Ketsarin Wongkhom, 27, who has sustained serious injuries. He was rushed to a local hospital. Nearby, rescue staff found his damaged motorbike in a ditch. He had not been wearing a helmet.

Witnesses told The Pattaya News that they saw Mr. Ketsarin lying on the road and called for help while driving by. The actual accident was not seen by any witnesses and Mr. Wongkhom was unable to give a statement.

He remains in a local medical facility as of press time.