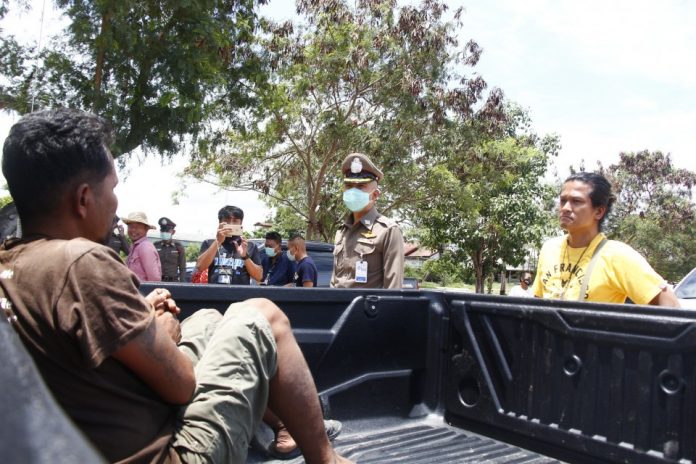 A Pattaya area shopkeeper has sustained several injuries after refusing to give alcohol to a customer with no money on credit in Banglamung this morning.

The Banglamung Police was notified of the incident at about noon today in Soi Chaiyapruek 2.

Police, emergency responders and The Pattaya News arrived at the scene to find Mr Surachai, no last name given, 24, who had sustained injuries from slash wounds on his hands and neck. He had been provided first aid at the scene but refused further care at a hospital.

The suspect, Saman Pratumwan, 49, who was holding a knife has been arrested nearby.

Mr. Surachai told police that the suspect wanted to buy alcohol but has no money and demanded the product for free on credit, claiming to pay back the purchase later. Mr. Surachai refused to sell alcohol to Saman on credit before the suspect allegedly used a knife to attack him and ran away.

The suspect’s mother, who came to the scene of the incident, told The Pattaya News that her son is addicted to drugs and alcohol and hopes the arrest will help him sort out his problems and personal issues.

Banglamung Police confirmed to the Pattaya News that Saman is facing further legal action and remains in police custody this afternoon.