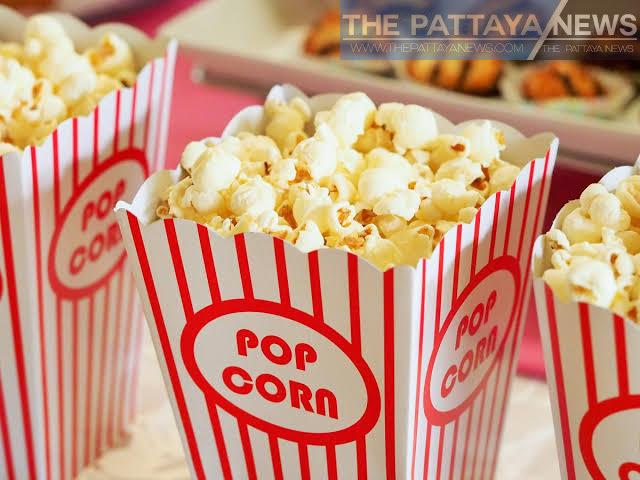 In a statement today by the Ministry of Public Health responding to questions from the Thai press over eating and drinking in cinemas the Ministry backpedaled slightly on their original rule after public feed back and said popcorn, snacks and sodas were ok in a theater.

Dr. Phannphimon Wipulakorn, Director-General of the Department of Public Health, stated today that eating and drinking at the movies was not banned.

This comes after several major cinema chains, such as Major Cinemas, made announcements that popcorn and snacks were ok. Additionally, pictures went viral on social media of people eating in theaters leading to some people online asking if these folks were breaking the rules.

Dr. Phannphimon clarified today that the ban on eating and drinking in cinemas was a suggestion, not a ban, and was a misunderstanding when originally discussed last week to the press by the Government. The Ministry of Public Health still believes it is safer to leave your mask on for the entire movie and not risk removing it for eating or drinking but also admitted that it was not prohibited and movie patrons were allowed, at their own risk, to eat and drink in the cinema.

He also stated that if one does choose to eat and drink in the cinema to please help the staff with the disinfecting process by removing your trash from the theater when you leave.

The reaction on Thai social media was very positive as it seemed a majority of online netizens found the rule absurd. Movie theaters likely agreed as the majority of their revenue comes from food and drinks.