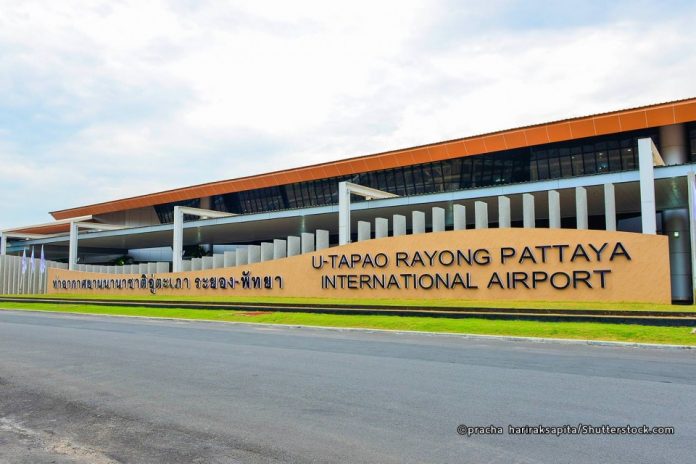 The Thai Cabinet approved this afternoon a proposal to build a third terminal for the U-Tapeo Airport in the Pattaya area in regards to a bid by a consortium led by BTS Group Holdings Plc.

This project would add a third airport terminal to the U-Tapeo Airport outside of Pattaya, boosting the plan for the proposed Eastern Economic Corridor in and around the Chonburi region. The plan would also include additional cargo and mechanical centers.

The consortium includes Bangkok Airways Plc and Sino-Thai Engineering & Construction PLC, while the airport would be managed by the Narita International Airport Corporation. The contract is scheduled to be signed on June 19th, 2020.

BTS Group and Sino-Thai are set to handle the overall construction, and Bangkok Airways will bring its aviation expertise, said Kanit Sangsubhan, secretary general of the Eastern Economic Corridor Office.

Last year, a group led by Charoen Pokphand Group signed a contract to build high-speed rail connections between U-Tapao and the two international airports in Bangkok.

The plan to upgrade the Airport has been in place for quite some time but was delayed due to the Coronavirus situation. As the virus crisis has subsided in recent weeks in Thailand the country is starting to put together pieces for their future. Currently, all international inbound flights remain banned except for a few exceptions such as repatriation of Thai Nationals, cargo and medical flights. This ban is currently in effect until the end of this month.

No exact time-frame was given for the completion of this massive project, The Pattaya News notes.