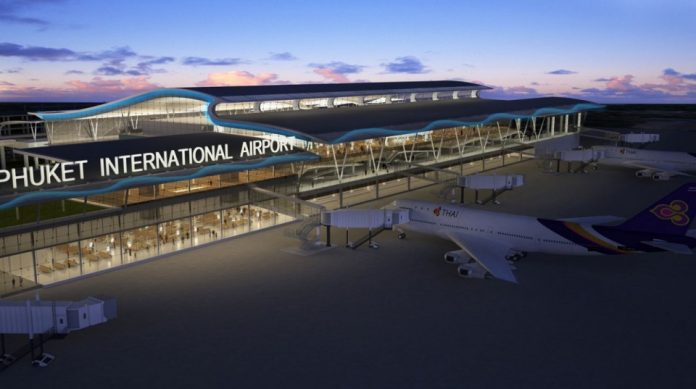 After months of closures and reported frustration from local residents the Phuket airport will be officially re-opening to domestic (but not international) flights effective from Monday, June 15, 2020.

The Committee said they had sought and gained permission from the The Civil Aviation Authority of Thailand (CAAT) who had banned air travel from the province since April 10. Phuket had long been one of the so-called “hot spots” of the outbreak according to the Committee.

A number of health measures and safety steps will be in place at the airport, added the Committee, to include face masks, temperature checks, hand washing stations with sanitizer and enforcement of social distancing rules.

Out-bound passengers would have to complete an application for tracing and tracking released by the Airports of Thailand before departure, and in-bound passengers will have to fill out a form with personal data before entering Phuket.

The committee reported on Tuesday there were no new Covid-19 cases, leaving the total number on the island at 227, of which 223 had recovered and been discharged, and three had tragically passed away. There are no active patients in hospitals on the island.