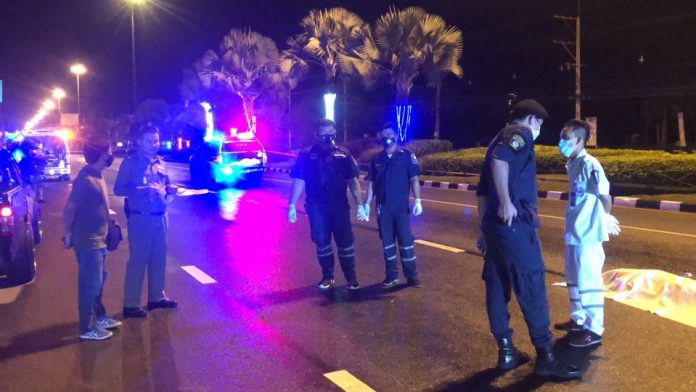 The Pattaya City Mayor has ordered to close a local U-turn again after two teenagers were killed in Pattaya over the weekend.

The Pattaya City Mayor Sonthaya Khunpluem told The Pattaya News that “there were dozens of accidents and several deaths on Sukhumvit Road across from Makro in Central Pattaya over the past several years.”

“Two young teenagers were pronounced dead at the scene after their motorbike collided with a motor vehicle at the U-turn in South Pattaya just before National Thai curfew time this past weekend.” he added.

“However we have to discuss as soon as possible with Pattaya police if this U Turn has to be permanently closed.” he noted.

For now, the U turn has been closed for at least the second time in several months after another tragic accident.