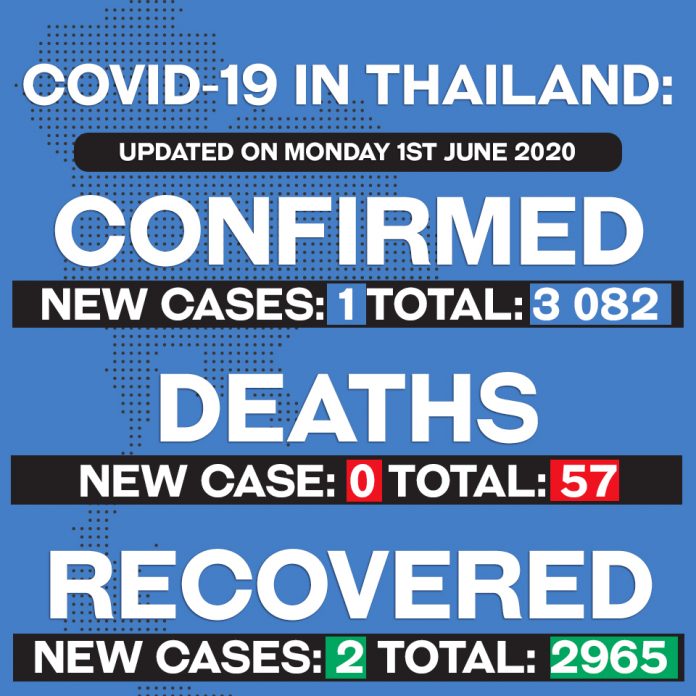 The Center for Covid-19 Situation Administration, or CCSA in Bangkok reported one new additional confirmed case of the virus in Thailand this morning at a daily press conference.

Dr. Taweesin Visanuyothin, the spokesperson for the CCSA announced the new case.

The case is imported from a Thai national who recently returned from Russia and went directly into state quarantine. He noted that this marked seven days in a row in Thailand with zero locally spread confirmed and recorded cases. Chonburi province, where Pattaya is located, has gone 38 days without a single new confirmed case. Pattaya is at 48 days with zero new cases.

A total of 3,082 people have been infected since the start of the outbreak in Thailand. Of those, 2965 have recovered with two of those recoveries being overnight.

Thailand has sixty people still under treatment in the hospital for Covid19 nationwide. There have been 57 deaths in the country.