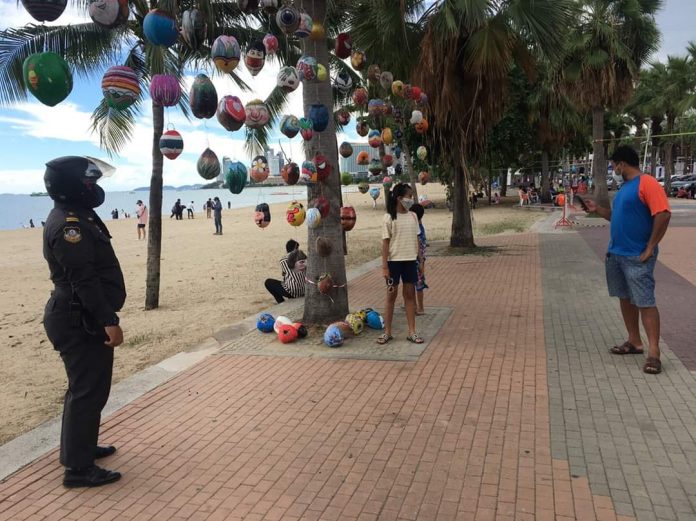 Pattaya City Law Enforcement warned through its social media channels today that the mandatory mask rule passed in April as part of the local orders by the Chonburi Communicable Disease Control Committee remain in effect.

This includes on the beach, however not while swimming.

The mandatory mask in public rule, which can carry up to a 20,000 baht fine, was not repealed during the release of the new Chonburi orders. However, if the National emergency decree ends at the completion of June the mask order, which is part of those laws, would also complete.

Mandatory mask wearing in public is province specific, The Pattaya News notes, and does not apply to every province in Thailand. However, most private businesses require use of a mask.

Law Enforcement officers said they have been almost exclusively soft warning people but if someone outright refuses after a soft warning they can face strict fines. They also added that wearing a mask around ones neck, chin or arm is not in compliance.