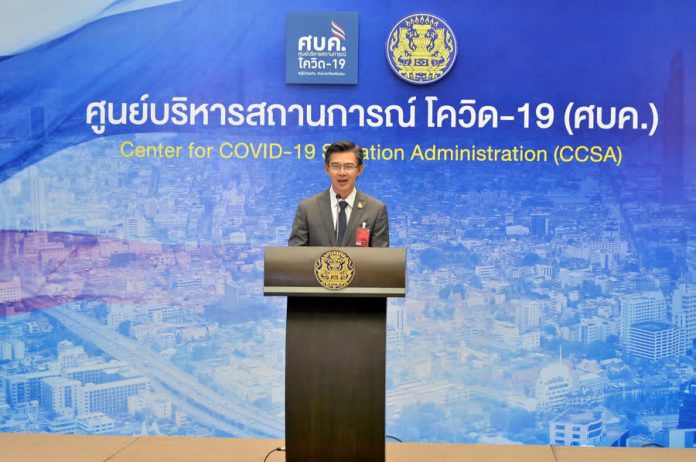 BANGKOK(NNT) – The Center for COVID-19 Situation Administration or CCSA has admitted that there are concerns about the possibility of a second wave of a COVID-19 viral outbreak. However the authority has resolved to do its best.

Dr. Taweesin Visanuyothin, as CCSA spokesperson expressed the CCSA’s concerns about a further relaxation of measures that may lead to a second outbreak. The spokesperson said today the authority has been evaluating collected information and surveys since the first phase of relaxation, and assured the public that the CCSA will work with care to prevent renewed infections in the future.

This comes as increasingly vocal critics in industries shut by the pandemic, such as retail, entertainment and fitness call for reopening businesses faster especially in areas with no cases of Covid-19 for 28 days or longer. The CCSA however says the current plan to implement phases on a national vs. Provincial scale will continue, arguing that reopening on a provincial scale is too complicated and would lead to people traveling to area with less restrictions.

As for the second phase of relaxed measures, a misunderstanding has been identified concerning television program production that could be limited to five people in total. The spokesperson said it was only a draft that will need to be addressed.

The public sector can send advice to CCSA. Vocal members of the film industry have stated it is nearly impossible to film documentaries or shows with a crew of only five and would be simple to socially distance crew members. The CCSA appears to agree and is working on amendments, stressing the early information released was just a draft.