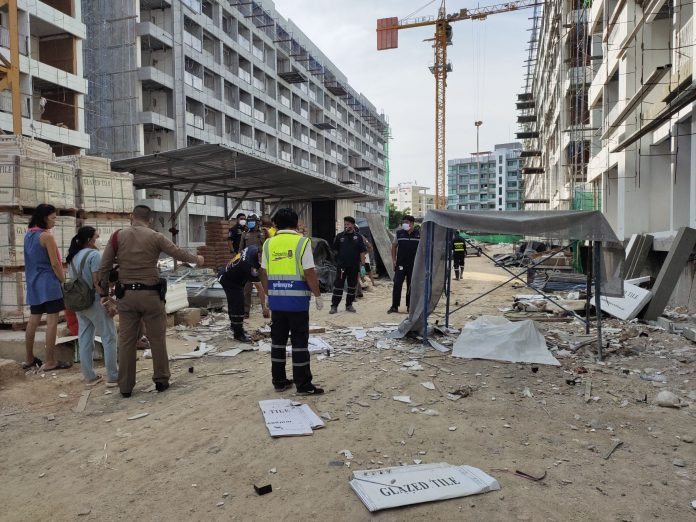 Pattaya-
A Cambodian worker has died after being hit by falling tiles from an under construction condominium site in Pattaya yesterday.

The Pattaya City Police was notified of the incident at 5:00PM in Soi Thep Prasit 17.

Police, emergency responders and The Pattaya News arrived at the scene to find the body of a man who was identified as 34 year old Mr. Makara He, Cambodian national on the ground.

Severe wounds were found on his head and pieces of roofing tile had pierced his body.

A security guard nearby told The Pattaya News that the tiles fell down from the 7th floor before hitting Mr Makara who was on the ground. Mr. Makara had not been wearing a safety helmet, the guard stated.

Pattaya police are continuing their investigation and meeting with the construction company management.

This is the third construction incident in less than a week in Pattaya. Three women were killed working on a construction site earlier last week in the area and in an unrelated incident a man was seriously injured using a piling rig in Banglamung.

You can read more about those incidents below: