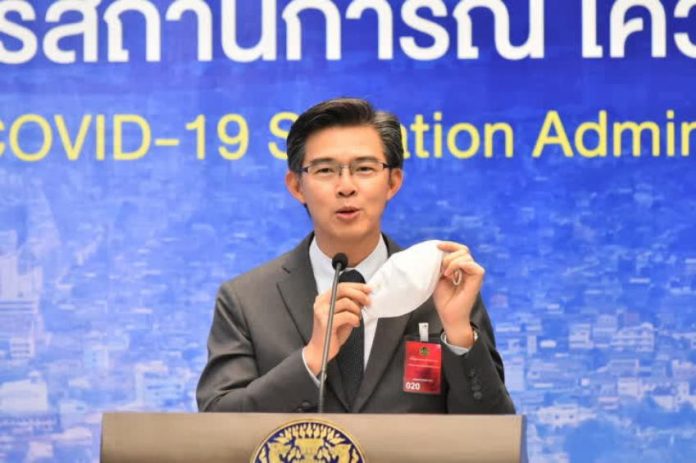 The spokesman of the Center for Covid19 Situation Administration (CCSA), Dr. Taweesin Visanuyothin, confirmed this afternoon to the associated Thai press that a contact tracing application is indeed coming VERY soon and being developed by the Thai Government in association with the CCSA.

The app, which will be designed to work for nearly all modern smart phones, is based on similar applications that is required in China, South Korea, Taiwan and other countries to enter “high risk” venues like entertainment. Dr. Taweesin stated that more in depth details will be released at tomorrow’s press briefing from the CCSA, but did take time to allay some fears.

Dr. Taweesin stated to the press that the application would only be used to monitor those individuals who had contact with someone with the Covid-19 coronavirus or were at a venue where an infected person was present. He stated that the application would not intrude on one’s privacy or be used to track people for reasons unrelated to the virus. He said more details, including on if it would be required to go to nightlife venues, mass gatherings, events and other areas with high density of people and less social distancing, would be clarified at a later date.

He also said that regular proactive testing going forward was moving to high risk groups, medical personnel, newly suspected persons or those in state quarantine, car drivers in public transport, parcel deliverers, immigrant workers and those working in pubs, bars or other entertainment venues. He also said more information on this would be forthcoming, including around how the testing process would work.

The Pattaya News notes that in a recent poll conducted by us on our social media channels 60% of readers opposed mandatory usage of a contact tracing application as precursor to entering a bar or nightlife venue, with most citing privacy concerns as a reason behind not wanting compulsory usage of an application like is required in some other countries.

Thailand has not announced when the highest risk locations, which includes entertainment venues, will be considered to be opening and are being very careful to avoid a possible second wave of the virus in the country.