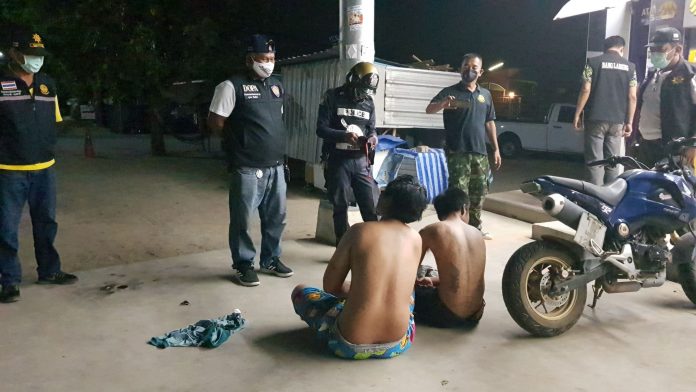 The Royal Thai Police have stated to the Thai media today that the number of curfew breakers has risen over the past week overall substantially since the lifting of a nationwide alcohol sales ban last Sunday.

Yesterday, Friday, May 8th, 2020, the Royal Thai Police stated that a total of 634 curfew breakers were found between 10:00 PM to 4:00 AM, which is the current timetable of the Thai National curfew.

The top three provinces for curfew breaking were Pathum Thani, Ratchaburi and Phuket.

Chonburi, where Pattaya is located, had 18 curfew breakers last night and was ranked number eighth in the country yesterday.

The majority of curfew breaking was, according to the Royal Thai Police, for “no reason at all” with people out for drives or walks, admitting that they knew it was curfew but “didn’t think they would get stopped.”  Alcohol was a factor in the majority of the stops, although some curfew breakers also claimed they left their place of residence due to “domestic disputes”.

Chonburi officials have reminded local residents that the curfew is strictly being enforced unless one had an approved reason, such as employment with the proper paperwork, to be outside during curfew hours.

Additionally, officials have reminded residents that one should be home during a curfew and that house parties or private gatherings in general, especially involving alcohol, are against the current Emergency Decree to control the potential spread of the Covid-19 coronavirus. A significant number of illegal private gatherings have been busted by the Royal Thai Police nationwide this week.

Violations of the curfew could result in fines of up to 100,000 baht or up to two years in jail, the Royal Thai Police added. The Pattaya News notes, however, that authorities have the right to give soft warnings based on the severity of the incident, such as a well discussed “soft warning” locally in which an offender was forced to sing the Thai National Anthem last week here: