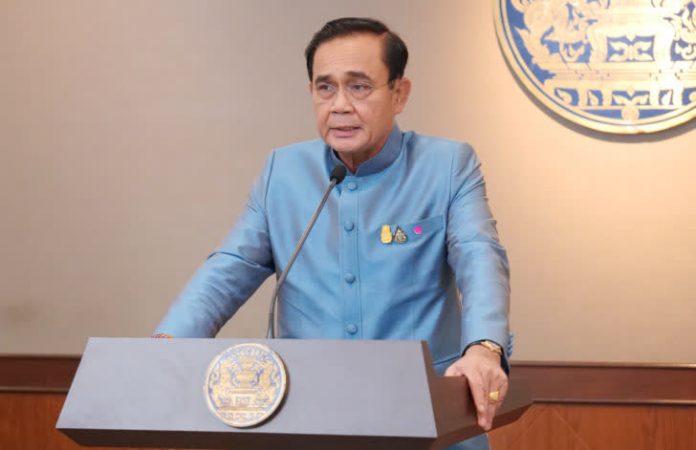 The week ahead will be a significant one for Thailand as on Tuesday, April 28, 2020, the Thai Cabinet is expected to deliberate on extending the current Emergency Decree which controls the majority of the restrictions and rules around stopping the potential spread of the Covid-19 Coronavirus in the Kingdom. The Emergency Decree currently is set to expire at the end of this month.

Many of the current measures in place in Thailand to help control the Covid-19 Coronavirus, such as a National Curfew from 10:00 PM to 4:00 AM, domestic travel restrictions, closures of most non essential businesses, International travel restrictions, border closures etc. fall under the decree as well as emergency powers given to the Prime Minister, Prayut Chan-O-Cha, to control the situation. The National Security Council stated late last week that they have suggested to the Thai Cabinet to extend the Emergency Decree as they feel the situation is not yet fully resolved.

Meanwhile, many other Provincial Governor’s have also enacted additional rules and restrictions with the protection of harsh punitive fines and jail terms due to the Emergency Decree, such as closures of beaches, stopping public transportation like buses and trains, some provincial travel restrictions, mandatory mask wearing and an alcohol sales ban that has been controversial among many vocal opponents of the ban online.

Thailand reported, as of today, 15 new cases and 0 deaths. Five of those cases were imported from recent Thai citizens returning from overseas.   The country has had a total of 2,922 cases with 2,594 recoveries and 51 fatalities. Today’s non imported case total is the lowest in over a month, showing that the country appears to be on an overall downward trend and that the measures introduced under the Emergency Decree, although called harsh by some critics, seem to have brought positive results to the effort to control the Coronavirus.

However, the country has had over 27 million people file for government financial aid under a program to distribute 5000 baht a month (roughly 150 USD) for three months. The original Thai Government estimate of individuals that would apply for this aid was 3 million. Additionally, multiple social welfare organizations report an estimated 10-14 million people currently unemployed due to the closures of nearly all non essential businesses countrywide. Although the Thai Government has stated, by borrowing money, they will be able to provide assistance for fourteen million of the 27 million who applied, many complaints have arisen from those denied for the financial aid.

Additionally, viral images of food charity lines in the thousands have been active on social media across the country, especially in Pattaya, a city that is is driven by tourism. Last year, an estimated 80% of the cities overall revenue came from tourism dollars and the entertainment and hospitality industry in a city that welcomes millions yearly. Since the control measures went into place, the vast majority of businesses have been shuttered, leaving the thousands of bars, nightclubs, strip clubs, karaoke lounges, concert halls, hotels, tourist attractions and restaurants eerily silent. Many voices are calling for easing of the rules due to the economic damages and some have raised concerns of the human cost of the rules in terms of suicide and domestic violence.

Prime Minister Prayut, however, stated to the press last week that he would not be pressured by public opinion or demands to open the economy and that his first priority was the health of the nation and that the economy came second. Analysts and multiple Thai Government experts believe the Emergency Decree will be extended to ensure the country does not potentially get a damaging second wave of the Covid-19 Coronavirus.

Regardless of extension of the Emergency Decree or not Prime Minister Prayut and the Covid19 Center for Situational Administration, or the CCSA, said they will be looking at potentially easing some restrictions. The rules for the Decree can vary based on the severity of the situation, according to the Prime Minister. Although the Decree is likely to continue it is also likely that some easing of the current rules may take place. Information on any easing of the rules would also likely take place early this week.

In many provinces, including Chonburi, the home province of Pattaya, the current restrictions and orders from the Governor end on April 30 as well. The Governor’s have previously stated that any new orders being issued will be dependent on the current situation with the Covid-19 Coronavirus as well as the status of the Emergency Decree being extended and any National direction. Chonburi has previously said based on the dire economic situation they would wish to re-open but recently gave a disclaimer to their statements, saying that any openings of business and easing of rules would be based on the overall countries situation with Covid-19.

All eyes will be on the Thai Cabinet this Tuesday afternoon. Once a decision is made, the Chonburi Government will likely release new orders within a day or so as well to give business owners the opportunity to prepare if any restrictions are eased this week.

The Pattaya News will provide regular updates throughout the week on this and all breaking local and National Thai news.