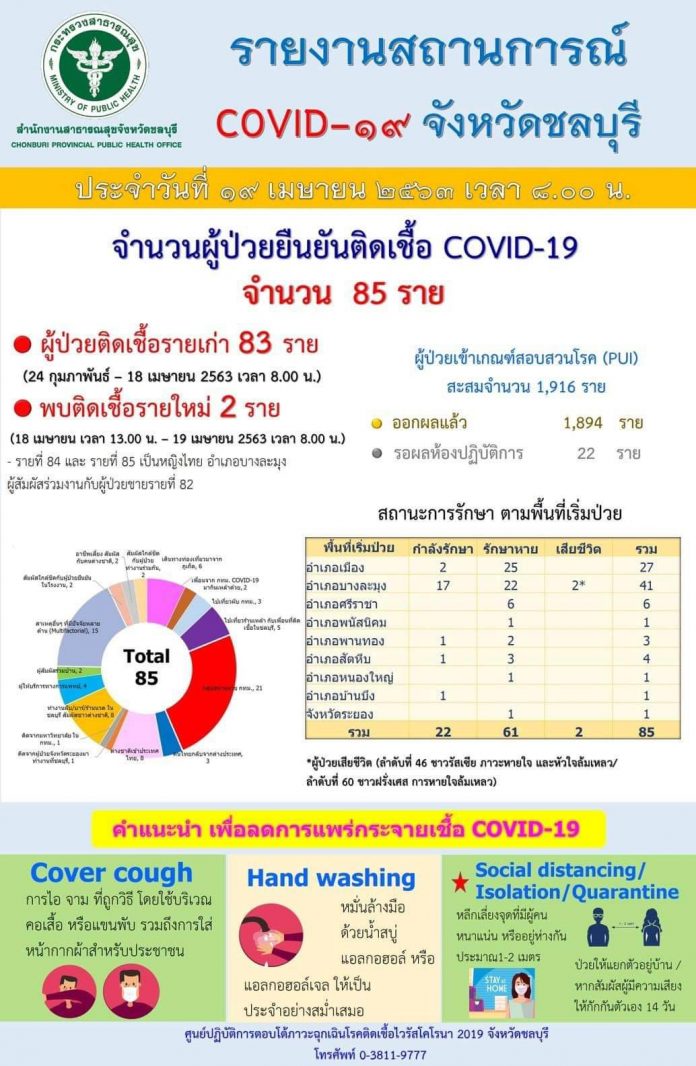 After three days in a row of zero new cases Chonburi confirmed two new cases of the novel Covid-19 Coronavirus this morning in a press release on their social media page.

The two new cases were both Thai women who were direct very close contacts of a prior confirmed case.

Both women are in the Banglamung area, which is where Pattaya is located.

22 people remain under investigation in Chonburi for the disease overall, the lowest number of possible cases in several weeks.

This comes as Pattaya officials test several hundred people a day in high risk groups at the Grand Bella hotel for signs of the virus. They are specifically testing volunteers, including foreigners, for the disease.

The two positive tests did not come from the Grand Bella and were contact traced from a previous confirmed case. So far, testing of high risk groups have not shown signs of widespread local infection according to Pattaya City officials.

High risk groups being scanned are those who still interact and work with many people, such as taxi drivers, market sellers, Immigration, condo and hotel staff, convienence store workers, etc. Tests have also been performed on residents of condos where positive tests of Covid-19 have been found.

This brings the total of cases in Chonburi to 85. 61 people have fully recovered and been released. There have been two deaths, both foreigners. 22 people remain under treatment.