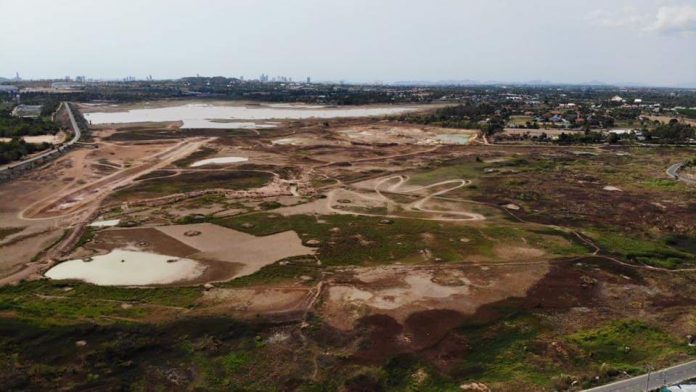 We have reported several times on the water problems Pattaya is facing in the past few weeks, especially the surrounding suburbs and outskirts of the city.

Here is a recent article explaining the problem:

The Provincial Water Authority (PWA) has told the press they understand the problem, however, there is no simple solution besides waiting for more rainfall and careful distribution of water. The two main reservoirs near the city, Mapprachan and Chak Nok are at critical levels. The PWA, however, says the current supply will last to the upcoming rainy season although will need careful distribution and control.

This is the current released schedule of distribution from the PWA as of today. The statement also said that this is subject to change at any time based on demand and supply. We are aware not every location is on this list and have been told for those the distribution schedule will vary based on demand. All this is current as of press time.

Schedule for water in Banglamung, listed as odd and even dates in terms of numbers on the Calendar. There are two scheduled times for the water being turned on which are:

Water Flow Times: 5AM to 9AM and 4PM to 8PM unless noted below

(5) Naklua 25-33, Pattaya Niwet swap on both day with Soi Pothisan 2-14 Pattaya Naklua. (Editors Note, We are aware this is confusing but appears to swap every other day)

(10) Pong sub-district on both times every day.

(15) Nern Plubwan to Baan hung Klom on both times every day.