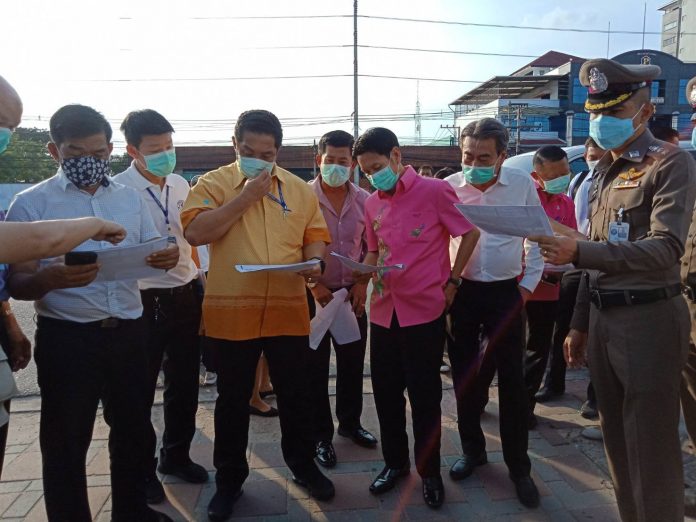 The Chonburi Governor, Mr. Pakarathorn Tieanchai, released a personal letter this afternoon through the Chonburi Public Relations page in Thai addressing the current plan to end restrictions and closures in Chonburi at the end of the month and possibly begin a re-opening of businesses on May 1. The letter in Thai can be found below.

We originally announced this plan yesterday, which can be found here. Chonburi is the first province in Thailand to announce possibly reopening businesses and had formally used the word all, although this has been questioned by some:

As we originally stated, the purpose of the orders at first was to consolidate many different closing orders into a single date, April 30th, which is also the end of the Emergency Decree period and to end the period of restrictions on May 1. However, as clarified by Chonburi PR yesterday morning, they did in fact mean that if the situation improved they aimed to re-open businesses and get life, quote, back to normal. The order immediately re-opened electronic stores and home appliance stores, deeming them needed businessess.

The letter from the Governor today states the following, in a recap format. None of the material is new, but reinforces the current position the Chonburi Government is taking.

-The deadline for the current measures to cope with the outbreak to end is April 30th, 2020, which means all the restrictions and measures fully complete May 1. (Editor’s Note: It is, of course, fully possible and plausible new orders and restrictions may be created for this date.)

-The Ministry of Interior has allowed provincial governments, such as Chonburi, the ability to set the duration of various measures in accordance with the state of Emergency. They are being given significant ability to create and control measures as the Governor sees fit, including ending measures or restrictions.

-However, the overall Thai Government still has control of the disease under the Emergency decree and certain restrictions and rules set at a National level would still apply. There has not been a decision at this time on extension of the Emergency Decree past April but it is widely expected by the public.

-If the situation with infections and Covid-19 continues to improve and active new cases found decrease, the Chonburi Provincial Communicable Disease Committee will have the ability to waive current prohibitions and restrictions according to the situation and necessity. This includes the possible re-opening of businessess.

-The Governor is deeply concerned about the suffering of the people in Chonburi, which is why they are looking towards re-opening sooner vs. later. With a significant majority of the area out of work, especially in the tourist city of Pattaya, getting through this situation as quickly as possible is a top priority, while ensuring that safety measures are still adhered to.

The Governor asks people to continue with safety and social distancing measures and to cooperate in the next few weeks. The Governor believes that if the public fully cooperates and continues to socially distance, wash their hands, wear masks, avoid mass gatherings and follows the current rules, getting people back to work in May is fully possible.

The Pattaya News notes that as this crisis stretches on, the numbers of people lining up food is growing into the hundreds in Pattaya, even over a thousand at some food charities in the city and the homeless problem has also been increasing. The Thai Government has also recently stated that they only have enough funding for one month of the 5,000 baht payout financial support program, which is likely leading to decisions internally about attempting to loosen restrictions and get people back to work as soon as possible. 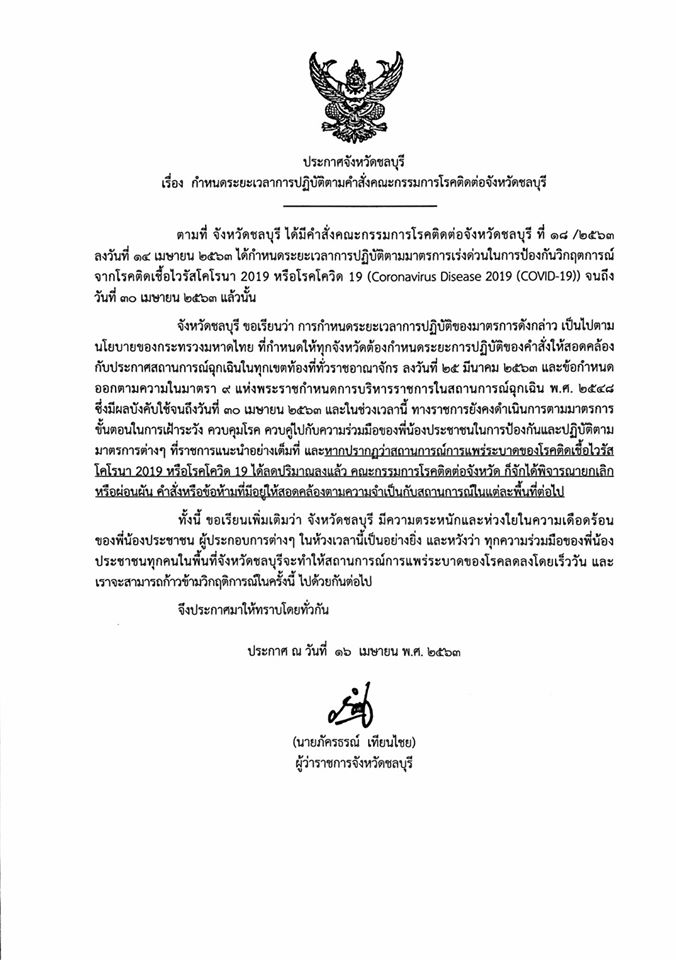