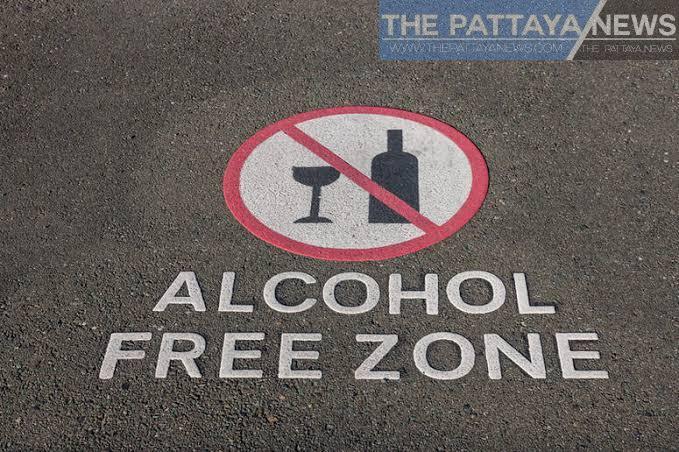 Alcohol sales are now banned country wide in Thailand, but not under a national decree but rather by every Provincial Governor making the separate decision to do so for their province.

The ban comes as the country officially starts the Songkran festival, which is the traditional New Year in Thailand and in normal times the single biggest and longest holiday of the year, marked by wet and wild water fights, concerts, parties, family gatherings, religious ceremonies, blessings of elders and Buddhist relics, beauty competitions, community cleanings, large dinners and meeting family members that many have not seen for a year.

However, this year, due to the Covid-19 crisis, the Thai Government has asked for none of those events to take place while officially postponing the event and promising to hold the beloved celebration later in the year. The days are no longer public holidays and government offices are open as usual. Instead, the Government has suggested that family members give blessings online or over the phone and refrain from socializing over alcohol and in person.

In Chonburi, where The Pattaya News is located, the Governor has restricted alcohol sales until the end of the month as well as gone a few steps further and also banned drinking outside entirely and even any transportation of alcohol in the province. The government has also stated that any socializing over alcohol, even in small groups, is prohibited as it doesn’t promote social distancing. You can read more about that decision here:

Chonburi Governor bans all alcohol sales, drinking outside, transportation of alcohol until April 30

Due to different provincial governor’s rules and orders, the exact dates of the ban vary. Some provinces are banning sales only through the end of the actual Songkran dates and some, like Chonburi, have decided to ban sales until the current period of the Emergency Decree ends, which is at the end of April. This is to further discourage gatherings or promotion of risky behavior, such as people breaking curfew.

Banglamung Police have previously told The Pattaya News that nearly every curfew violator caught has been severely drunk.

Meanwhile, unsurprisingly, the Thai Alcoholic Beverage Association has released a public statement that they do not agree with the decision to ban alcohol sales countrywide and that they believe it will merely move sales underground and encourage people to make potentially unsafe home made liquor and booze as well as allow a black market to sell alcohol without proper licenses and policies. They have also stated that pulling alcohol sales country wide for several weeks can cause dire health issues for alcoholics of which the country is believed to have hundreds of thousands and could cause them further health complications.