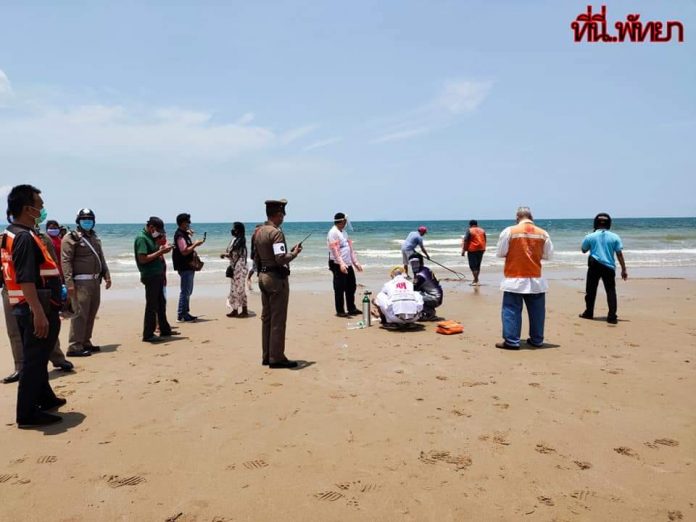 Jomtien-
An intoxicated Thai man has been rescued from drowning at Jomtien beach this afternoon.

The Pattaya City Police was notified of the incident at about Noon at Jomtien beach near Jomtien Soi 12.

Police and rescue workers arrived at the scene to find a Thai man who was later identified as 40 year old Kawin Pusawanee. He was unconscious.

Mr. Kawin was rushed to a local hospital and is expected to recover.

Ms. Kanlayanee told Associated Press, “I saw the man was drinking alcohol with his friends before going into the water to swim.”

“After that he ran into trouble and went face down in the water. His friends and other nearby people helped to pull him up from the water before I provided him with CPR as I have medical training.” She told the press.

She has been credited by police and rescue workers as being responsible for saving the man’s life.

The Pattaya News notes that swimming, gathering and drinking on local beaches during the current Covid19 crisis is strictly against the law under the emergency decree to stop the spread of the virus.