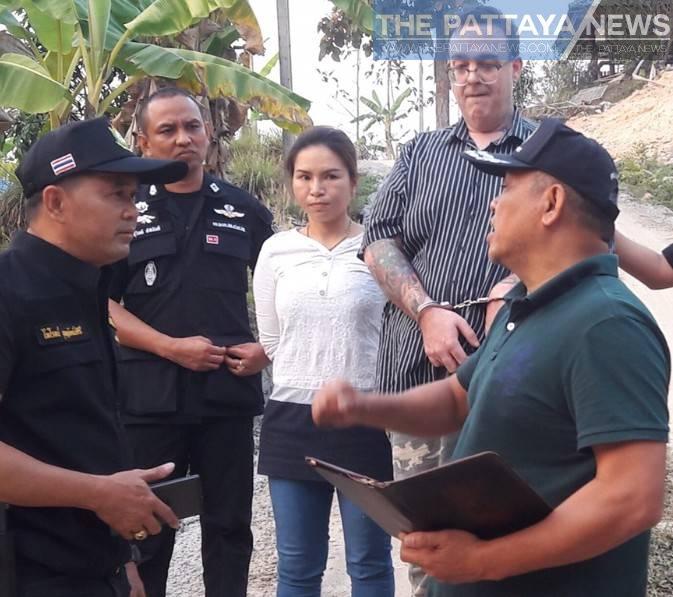 Former American fugitive Joshua Paul Pate is on suicide watch after he falsely claimed he is infected with the COVID-19 virus and has threatened to sue Bangkok’s Klong Prem prison and commit suicide if not released from the prison infirmary for treatment in an external hospital.

Pate, now aged 43, a former senior member of the ‘Aryan Brotherhood of Texas’ was incarcerated in the USA with a long record of criminality and fled America to Thailand in 2006 after violating probation for a robbery conviction 5 years earlier and being listed as a wanted fugitive by United States Marshals.

In February 2019, Thai Narcotics Suppression officers raided properties uncovering laboratory and production equipment including 3 pill press machines, chemical precursors and packaging for steroid brands Atlas Pharma, Dianabol DS & Sciroxxx Labs. Marijuana was processed and sold online as were the steroid products that were, according to Thai Narcotics Suppression Officers, supplied globally by a fellow gang member, Boris Kilmov, from Israel, who was deported in November 2017 for visa overstay.

Pate and his Thai partner pleaded guilty to all charges for unlicensed importation and production of psycho-active substances such as Diazepam, performance enhancing hormones (steroids), unlawful marijuana cultivation and a 1,538 day visa overstay. The guilty plea halved the couples 11 year maximum sentence to 5 – 6 years, with fines totaling 400,000 Thai baht.

Forensic analysis of Pate’s electronic devices revealed evidence of Pate’s responsibility for creating fake social media and email accounts of many people, such as Frenchman Thierry Perenon, a former Pattaya Police Volunteer to contact multiple Thai newswriters and others with bogus claims, threats, and demands of extortion money, according to the Narcotics Police report.

Analysis results of Pate’s electronic devices also allegedly revealed communication data with a British fugitive and former Pattaya expat known for a controversial online blog where both devised plans to fabricate stories for him to publish.

Prison officials confirmed Pate has tested NEGATIVE for the COVID-19 virus, and since his incarceration has been a problematic prisoner attempting to form a ‘White Power’ gang and is continuously being monitored for self-harm and starting fights.

Joshua Paul Pate remains strictly monitored by prison staff until his prison sentence whereby he will be blacklisted for 99 years and escorted by US authorities to his homeland country to serve further jail time and legal proceedings related to his prior criminal history in the states, according to Thai Prison Officials.