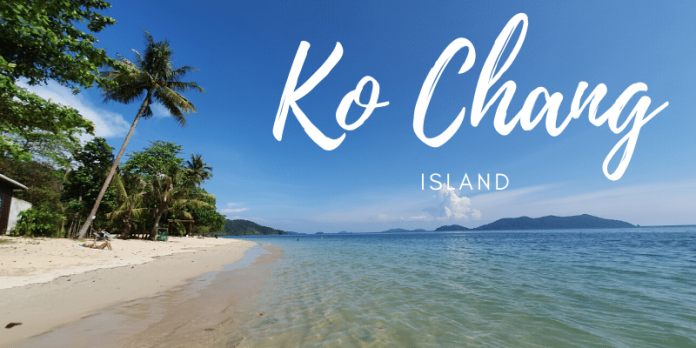 Officials and residents in Trat are concerned that as restrictions get tighter in Pattaya and Chonburi, including an announcement from the Disease Control Committee of Chonburi that more measures are awaiting a signature from the Chonburi Governor, including closure of beaches, hotel closures and more, that thousands are fleeing Chonburi and going to Koh Chang nearby, in which most places are still open.

Trat, which has had no cases of Covid-19, has so far decided not to impose stricter closures and many places are still open, including beaches-and tourists have heard this loud and clear, causing concern.

An average of one thousand tourists a day have been arriving in the area, most fleeing shutdowns in Bangkok and Pattaya, up until a few days ago.

Saksit Mungkang, secretary-general to the Trat provincial tourism industry council, said that about 10,000 tourists still remain on the island, along with 8000 permanent residents and around 10,000 staff members and business operators who are not Koh Chang residents but rather transient workers.

Mr. Mungkang spoke with the press this afternoon regarding concerns that with a near total shutdown of Pattaya likely coming that many tourists would flee to Koh Chang.

“Tourists who arrive at the island after April 5 will have their travel record strictly checked. If they are not Trat residents they will be asked where they are from and will be closely monitored. Public health officials will keep a close eye on them during their stay on Koh Chang,’’ said Mr. Sangsit speaking in an interview with the Bangkok Post.

Trat governor Wichian Limwongyoo, who chairs the provincial communicable disease panel, was  expected to go to Koh Chang on Friday to meet the local leaders there and discuss their concerns which have raised in recent days as restrictions in surrounding provinces get tighter.

Meanwhile, The Chonburi governor is expected to sign the new restrictions for Chonburi and Pattaya, which include further beach and venue restrictions, as well as more checkpoints for Pattaya City, shortly.

The Pattaya News will inform readers when this order is signed and give an accurate translation.

Source, with additional material from The Pattaya News: https://www.bangkokpost.com/thailand/general/1891805/koh-chang-braces-for-flood-of-tourists-from-shut-down-pattaya?fbclid=IwAR0f5Za39-ipj6nqxEBU6D52vhkdAmt8JIERzt2hrQdKrdgis-fRaN2vTvA