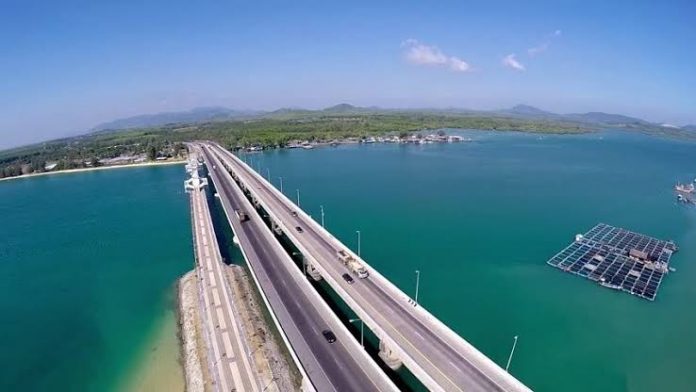 PHUKET(NNT) – After the rising number of COVID-19 patients in Thailand, each province has imposed its own measures to limit the spread of this new disease. One of the most drastic of all is in Phuket province, where entry to and exit from the Andaman island by land or sea is now closed.

Phuket province announced the temporary travel restriction prohibiting road and sea traffic in and out of the province earlier this week.

This restriction is now in effect until 30th April, with exceptions for medical vehicles, transportation of some goods such as consumable items, fuel, construction materials, publications, and medical supplies as well as emergency vehicles, ambulances, and official vehicles.

All international water access is now suspended, except some cargo ships delivering essential items; such ships must also depart as soon as possible after delivery of their cargo; crew members are not allowed to disembark.

Domestic inter-provincial water transport is also suspended, with exceptions for cargo ships delivering essential goods, construction materials, and medical supplies; as well as rescue boats, and boats on official missions. Crew members on domestic boats are allowed to disembark in Phuket only if necessary, subject to official health screening protocols.

Right now airlines are still operating into and out of Phuket International Airport. Phuket province is now informing the Civil Aviation Authority of Thailand and tourists on the closure of air routes to and from Phuket airport effective on 10th April.