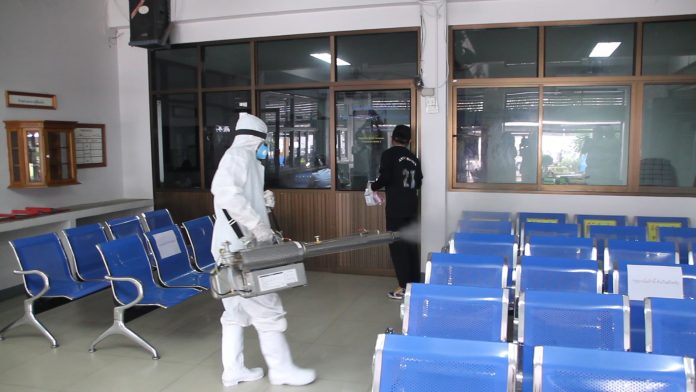 At the daily press briefing from the Department of Disease Control and Ministry of Public Health officials announced a total of 91 new confirmed cases of the Covid19 Coronavirus.

They also announced one additional death.

This brings the total number of confirmed cases in the country to 1136 and 5 deaths.

The Ministry of Public Health stated details of the cases as follows:

The death is a person in Narathiwat.

According to Chonburi PR, four more cases are from one Chonburi, with one case assigned to Banglamung. Limited details available at this time.

This is a developing story, details will be added to this article as the conference continues.