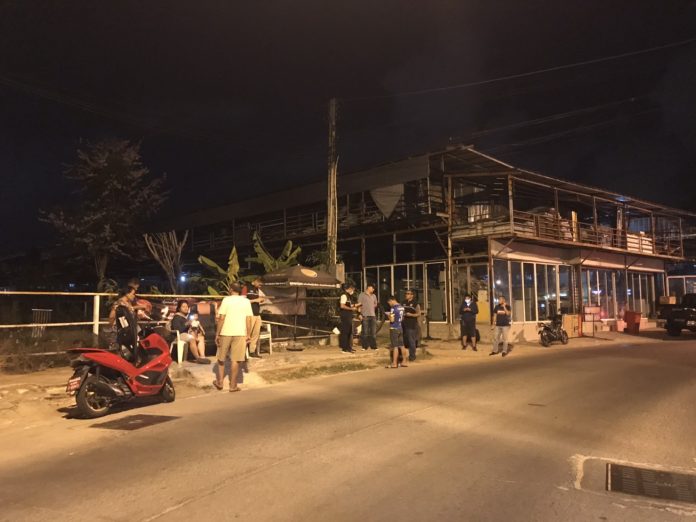 The Pattaya City Police was notified of the incident at 2:30AM in Soi Ko Phai.

The supervisor of the motorbike taxi stand, Mr. Pairoj Laipueangthong, 52 and Ms. Jennapa Kaewta, 21, a witness, were waiting for Pattaya Police at the scene.

Ms. Jennapa told police that she is a girlfriend of the victim, Mr. Battawut Paechuat, 28, who had sustained serious injuries from a single bullet wound.

She told The Pattaya News that her boyfriend sold various consumer goods independently and had recently taken the other driver as a business partner with a single bank account. The dispute was over a financial transaction allegedly made to that bank account and lack of transparency between the two parties.

The suspect had come to the motorcycle stand and started a verbal argument with the victim before shooting him and fleeing the scene immediately.

However, Pattaya Police have already identified the suspect with the help of witnesses and stated he will be in custody shortly.

We will provide further details on this case as we get them.