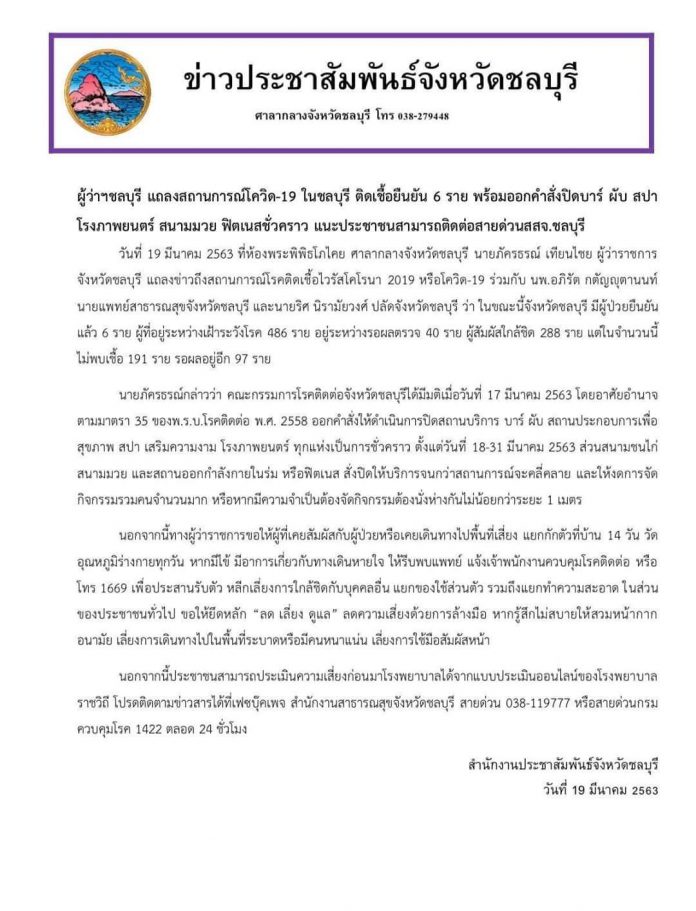 The Chonburi Governor,Pakarathorn Tienchai, released a statement this afternoon stressing the importance of the closures of entertainment venues for fourteen days.

He also revealed that since the start of the cases in Thailand, 6 cases were found in Chonburi. This is the first time the province has officially confirmed the number of cases and follows other provinces in Thailand doing the same in an attempt to be further transparent.

Some of these cases, such as an Italian tourist in Laem Chabang, a Thai man returned from overseas and a Belgium expat recently back from Belgium have previously been reported by The Pattaya News. They did not state specific details on where each case was found in Chonburi but stressed that extensive contact testing and quarantining was properly done.

Government officials stressed to stay calm and that there was no widespread local transmission.

They have also pledged support for the hundreds of thousands effected by the closures but what exactly that support will be has not yet been clarified other than a three percent cut on electric and water bills.