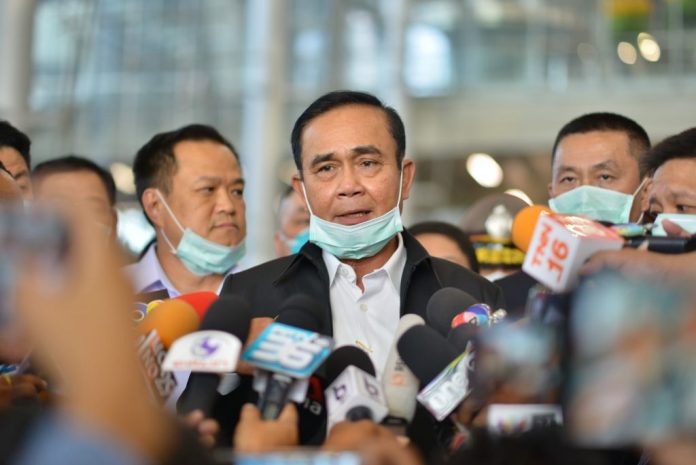 The Prime Minister of Thailand, Prayut Chan-o-cha, has announced that out of precaution due to concerns of the potential spread of the Covid19 novel coronavirus, temporary precautionary measures will be made including the temporary closure of entertainment venues, boxing gyms, bars, massage shops, cinemas and educational places, such as schools, in Bangkok and the Greater Bangkok Metropolitan Area.

The announcement was made at a press conference this afternoon.

The Greater Bangkok Metropolitian Area includes Nakhon Pathom, Nonthaburi, Pathum Thani, Samut Prakan and Samut Sakhon. It does not include Chonburi or Pattaya at this time and is not a country wide temporary closure but limited to areas where clusters have been found or suspected. Earlier, the spokeswoman for the Prime Minister, Ratchada Thanadirek, stated that closures of entertainment venues elsewhere in the country would be at the discretion of the provincial governors.

The Government stressed the country remains in stage two and there is not widespread public transmission and these measures were temporary. The order also prohibits general mass gatherings, including religious activities.

The temporary closure will be from March 18 to March 31, he stated. No exceptions were stated about size of venue or number of customers.

It is NOT a lockdown and stressed that usage of this word was highly incorrect, as people were free to move around, only that areas where large amounts of people tended to gather in Bangkok would be shut. Malls and Restaurants are not affected by the order but need to ensure they are following proper hygiene and precautionary standards and limiting large gatherings.

Additionally, Songkran has been officially approved to be postponed to a future date. That exact date has not been given and will be announced in the future.

This is a developing story and edits may be made as more information is released. The following information came from his speech. The official written order is expected shortly, but has not been released yet.