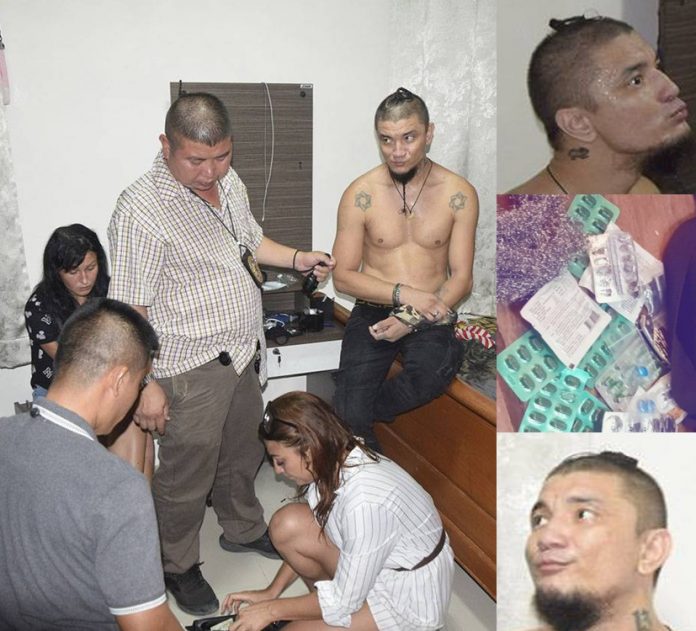 Region 2 Provincial Police detained a Russian man on March 13, 2020 in relation to a visa overstay and reports he was selling narcotics to tourists predominantly visiting Eastern European themed bars and nightclubs in Walking Street.

A raid of his property uncovered multiple drug taking paraphenalia, and large quantities of packaging for ritalin and other Over-The-Counter medications that Mr. KURBATOV appeared to be using to bag and sell as fake methamphetamine and cocaine to tourists.

Despite the concerning discovery by police, Region 2 Police Chief Superintendent Dulyapat Techaponyasin advised no narcotic charges were laid despite a small amount of marujuana, however, Mr. MAXIM KURBATOV whom entered the Kingdom on March 24, 2015 on a 60 day visa will be processed for deportation by immigration for a 1,755 day visa overstay.

The 2 Russian women were thanked for their co-operation, returned to their residence with the advice to be more mindful of whom they houseshare with in the future.