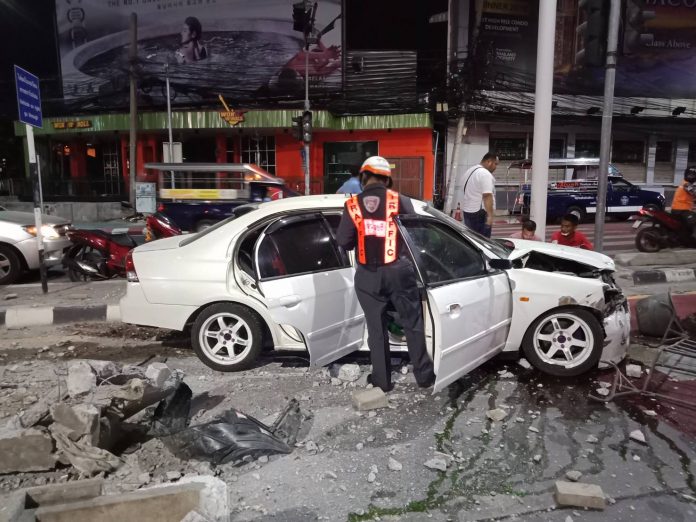 Pattaya-
A driver has fled the scene early this morning after a road accident at the Dolphin Roundabout where two passengers were left in a vehicle which was found to have several open beer containers and a knife.

The Pattaya City Police was notified of the accident at 4:30AM this morning at Dolphin Circle in Naklua.

Police, emergency responders and The Pattaya News arrived at the scene.

The sedan was found crashed into the central area and a pole. Two Thai men who were Wichaijaroen Maart, 20, and Sarayut Nomkhuntot, 21, were at the scene with no injuries.

One of them told police that he was the driver initially. Three opened beer bottles with a 10 centimeter knife were found inside the vehicle.

A witness told police that he saw the driver flee the scene before police arrived.

Pattaya police are continuing their investigation for further legal action.