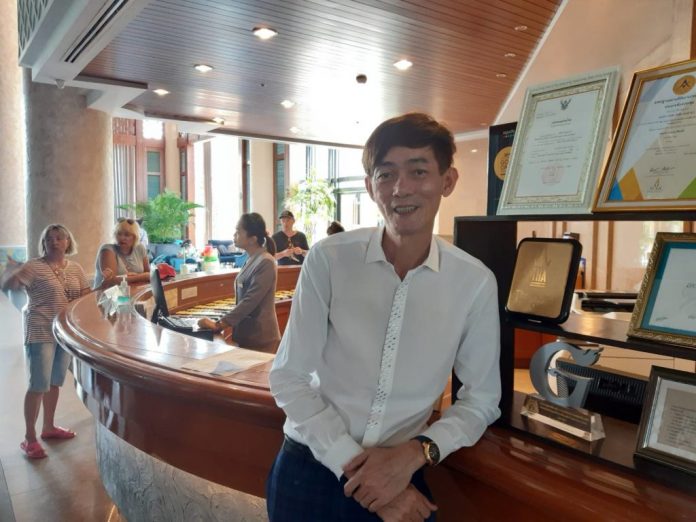 The cancellation of nearly every official event on Pattaya’s calendar, including the Songkran Festival which is usually the single biggest holiday and hotel booking time on the yearly calendar along with the Christmas and New Year week is hurting hotel business in Pattaya, according to the Eastern Hotel Association Chief.

However, despite the cancellations he says many hotels will continue to have their own private events, including Songkran events, as there is no ban on having events or parties only official government events.

Sanpetch Suphabuansathian is the senior executive of the Anchalee Wiwat group that runs multiple major hotels. He is also the chief of the hoteliers’ association of the eastern seaboard

He said that hotels are facing severe cancellations at Songkran, normally the busiest week of the year with domestic and foreign tourists, with the cancellation of official events associated with moves to stop the spread of the Covid-19 novel Coronavirus.

He said that his hotels will proceed forward with cultural Songkran events geared at tourists, both domestic and foreign, but they would not include any water wars this year or foam parties.

He also said that other hotels in Pattaya have said they will also proceed forward with their own private events to make the best they could out of the current difficult tourist situation, although he did not believe water wars would be part of any of them.

The Pattaya News notes that several hotels are still advertising Songkran pool parties and appear to be set on proceeding forward with them as many seem to believe with a lack of official events many tourists will still want the opportunity to celebrate Songkran if they so choose to.