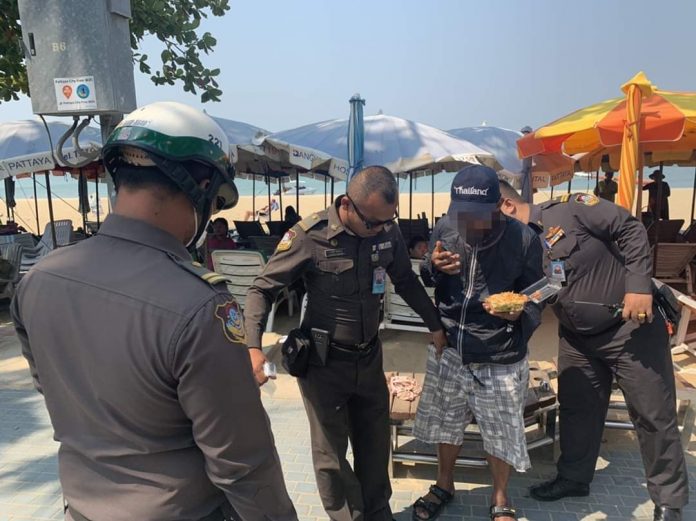 Pattaya City Law Enforcement reported via its social media channels this afternoon that they have arrested a highly intoxicated Thai man from Bangkok for carrying a large knife and threatening tourists and locals on Pattaya Beach.

The incident took place this morning around 11:00 AM near Soi 1. The man, who was severely intoxicated according to police, was openly carrying a large knife, speaking incoherently and threatening people on the beach.

Police were called by local vendors after the man continued to be a nuisance in the area.

The man was cooperative with police and stated he was “just drunk” and wanted to go back home to Bangkok. The police did not release the suspects name.

Police stated they will be contacting relatives in Bangkok to ensure he goes home after facing any possible legal charges.