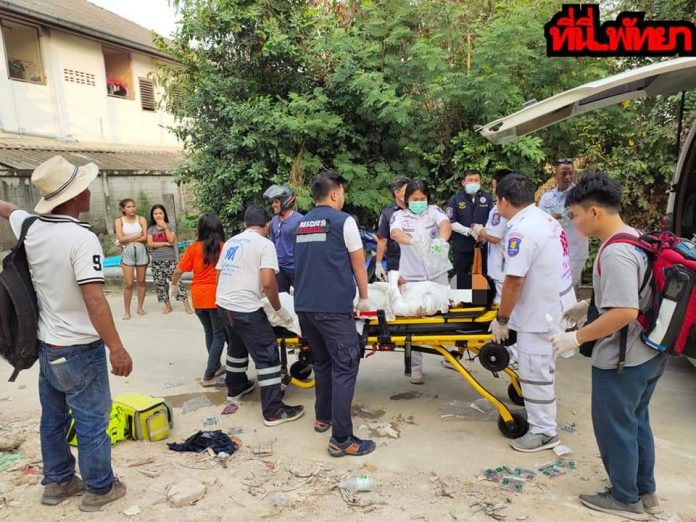 Pattaya –
A Thai man has sustained serious injuries from an electric shock while working on a roof in Pattaya late yesterday afternoon.

Rescue workers were notified of the incident at 5:00PM yesterday in Soi Marb Yailia 9 in Nongprue.

They arrived at the scene to find the injured Thai man Mr. Somchart Saetang, 35.

He had sustained serious injuries from an electric shock while he was working on the roof. He was rushed to a local hospital.

His friend said that while they were working on the roof Mr. Somchart had accidentally touched a high voltage wire before suffering a serious electric shock.