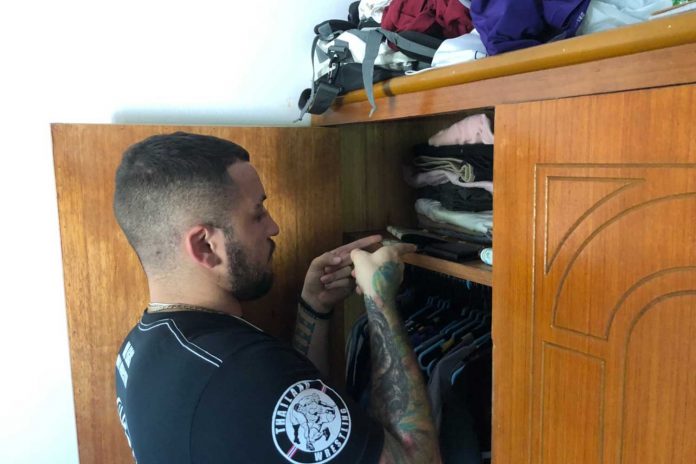 A 21 year old American man, who was also on overstay, was arrested by Phuket Police this week for stealing several expensive Gucci wallets from a mall in Phuket.

Mr. Christopher Braman, 21, was arrested after a police report was filed by a shop in Phukets’s Central Floresta shopping mall. He was found walking around the same mall a day after the police report and CCTV helped identify the suspect.

He allegedly admitted to the crime and brought police to his rented room where the wallets were found hidden in his dresser.

Phuket Police confirmed he was on overstay but did not state how long this had been for.

The owner of the Gucci store, 37 year old Kanthima Niyakit confirmed she had filed the report after noticing the missing wallets and reviewing the CCTV in her shop which appeared to show a person matching the appearance of Christopher Braman taking the wallets.

Mr. Braman faces multiple charges of theft as well as being deported and blacklisted as his expense for being on overstay. It is unknown if he has a lawyer at this time.