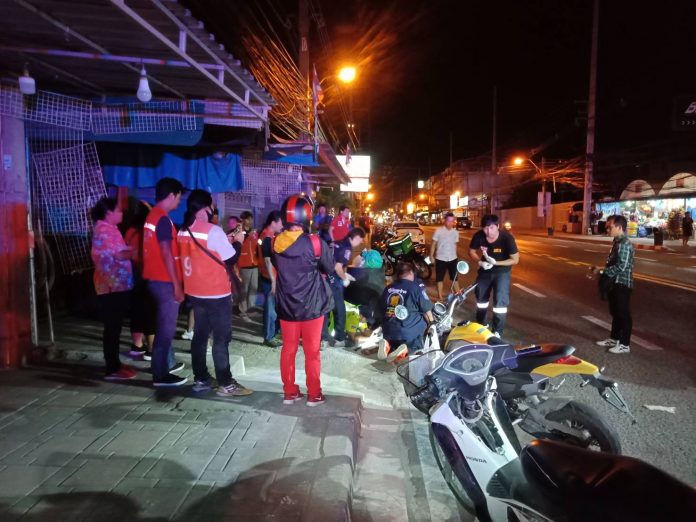 Pattaya –
A pedestrian was pronounced dead this morning after being hit by a pickup truck which immediately fled the scene.

Lieutenant Colonel Nattawat Pleanjit of the Pattaya City Police was notified of the accident at 2:30AM early this morning on South Pattaya Road near Pattaya Soi 7.

Police, emergency responders and The Pattaya News arrived at the scene to find a 40 year old Thai woman wearing only a T shirt.

She had sustained serious injuries. She was later pronounced dead at a local hospital.

A taxi motorbike driver who works nearby, 46 year old Mr. Suraphong Kitbaramee, told police the woman was homeless and mentally ill and was walking along side the road.

She was walking on the side of the road before the pickup truck hit her and sped away, multiple witnesses confirmed.

Pattaya Police stated the woman has been warned many times for walking in the road and in traffic and was removed from Sukhimvit road just one day prior. The woman’s name was not given by the Pattaya Police.

However, Pattaya police are hunting for the pickup truck driver to face legal action. They have reviewed CCTV in the area and believe they have identified the driver.