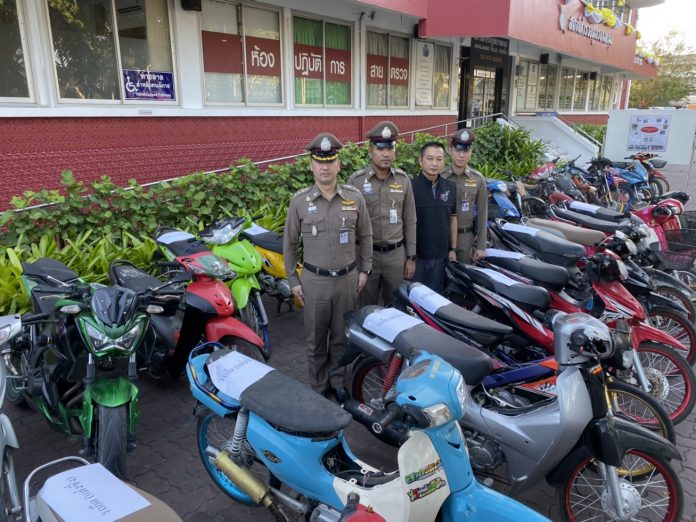 A team of the Bang Lamung Police led by Police Chief Colonel Pattanachai Pamornpiboon has cracked down on motorbike racers over the Valentine’s Day holiday period.

Colonel Pattanachai told The Pattaya News, “We are solving problems regarding primarily teenager motorbike racers in public places which is dangerous and causes a public nuisance.”

“From Tuesday this week until today we have seized nine modified motorbikes from a local motorbike shop.” He continued.

“We have also caught teenagers with more than 50 modified motorbikes who were racing on roads.” He added.

Chonburi police said they are not only targeting the racers but also shops that are modifying bikes against Thai law. In order to get the motorbike back the owner must pay for the removal of all modifications plus a fine, which varies based on the level of modification. Additionally, for racers under the legal age their parents must sign for the return of the bike.