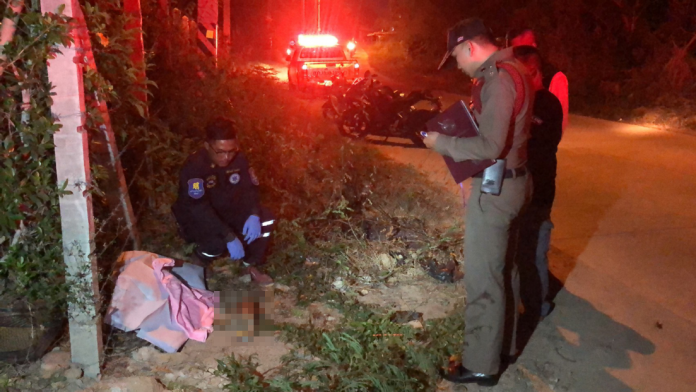 Pattaya –
Police are investigating the death of a newborn male infant after he was found dumped in front of a house in Pattaya after barking dogs alerted neighbors.

Captain Pichai Rueangsuksut of The Pattaya City Police was notified of the incident at 8:00PM last night in Soi Thep Prasit 17.

Police, rescue workers and The Pattaya News rushed to the scene to find a deceased body of a male infant.

An umbilical cord was found with the infant and rescue workers believed he had been recently born within a day and then dumped on the side of the road. The exact cause of death is being investigated.

Police have launched an investigation to try and find the infant’s mother and anyone else involved.