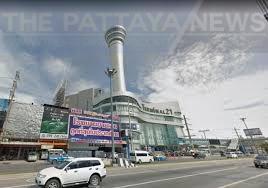 A Nakhon Ratchasima shopping centre that was the scene of a mass shooting over the last weekend, resulting in 30 deaths and 58 injured, is scheduled to reopen on Thursday (February 13).

Facebook page @TeeneeNakhonratchasima announced on Tuesday (February 11) that Terminal 21 Korat will reopen on February 13. There will be an alms-giving ceremony for Buddhist monks from 9am. All are welcome to join the ceremony to make merit in memory of the deceased.

Terminal 21 Korat is managed by Siam Retail Development and named after the company’s Terminal 21 Asoke Shopping Mall in Bangkok. The Bt6-billion shopping mall is located on 32 rai of land in Muang district of Nakhon Ratchasima and was officially opened on December 19, 2016.