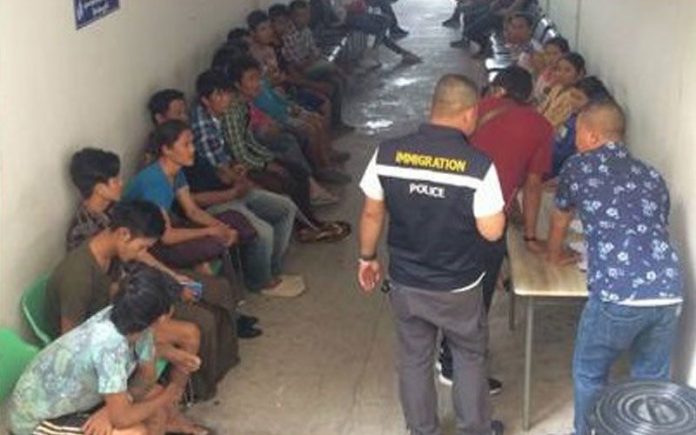 On February 6th, 2020, at 2:30 PM Chonburi Immigration police conducted a raid on a labor camp off of Third Road in Pattaya after a tip from a concerned citizen.

Immigration officers discovered a total of 19 Myanmar nationals living in the area who appeared to be making plans to vacate quickly. All were on overstay and did not have proper permission to be in Thailand. All were also working local jobs reserved for Thais without a work permit.

They told Immigration officials they had been told by an anonymous source they would be arrested and were making plans to escape to the North of Thailand when the Immigration raid occurred.

All 19 will be deported and blacklisted from entry to the country.