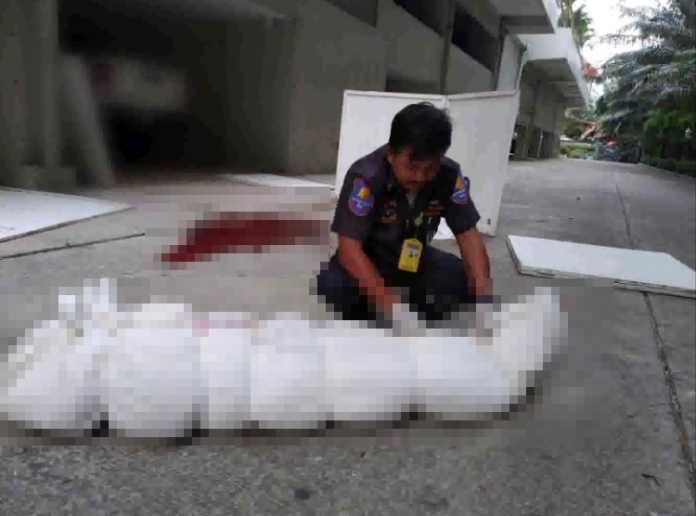 Police have yet to identify the body of a foreign man who fell to his death at a condominium in Central Pattaya this morning.

Emergency responders were notified of the incident at a luxury condominium on Pattaya Second Road. The name of the condo has been withheld pending a full investigation.

They arrived at the scene to find a heavyset foreign man aged around 50 years old on the ground on the side of the condo near Central Festival Pattaya Beach.

His body was taken to a local hospital. Police are working on identifying the body and the exact cause of death, if it was an accident, death by suicide or other circumstances.

A rescue worker, who declined to be named, noted this is not the first death at this particular condo, which has a history of similar falling deaths.