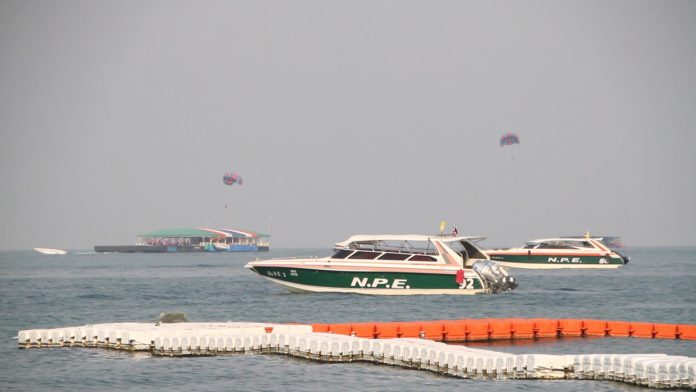 The tourism sector is heading for its first revenue contraction in a decade, as Chinese tourists, the biggest source market, are under lockdown amid fears of a pandemic.

The coronavirus outbreak led the Tourism Authority of Thailand (TAT) to chop the 2020 revenue target to 2.91 trillion baht, after battling with many negative factors since the beginning of this year.

The revised target is 3.4% lower than the 3.01 trillion baht in tourism revenue logged in 2019 and weaker than the previous target of 3.16 trillion.

TAT governor Yuthasak Supasorn said the revised target reflects the impact of the virus, with all TAT overseas and domestic offices using statistics and forward trends for their estimates.

He expects the National Economic and Social Development Council (NESDC) to soon adjust its tourism forecast, which will not be far from the TAT’s new target.

The decline in revenue is mostly attributed to the downturn in international receipts, which stand at 1.78 trillion baht, down 7.7% from 1.93 trillion baht last year.

Prior to China’s ban on group travel, the NESDC estimated Thailand will receive 41.8 million international tourists this year, slightly higher than the TAT’s previous target set at 40.8 million.

However, the TAT reduced its estimate to only 36 million travellers.

“Some 36 million tourists is the highest number we might achieve this year. If the situation gets worse the figure may plunge to 35 million,” said Mr Yuthasak.

However, the agency is maintaining the same target for the domestic market, which should generate 1.13 trillion baht from 172 million trips nationwide this year, although the coronavirus has started to impact school children as schools may stop excursions to avoid possible infections in busy areas.

A clearer scenario for Thai tourism should be seen after Feb 20 as almost all Chinese travellers have already returned to the mainland and passed the 14-day incubation period, said Vichit Prakobgosol, president of the Association of Thai Travel Agents (Atta).

“Tour operators in China convinced us that if the Chinese government can control the situation by this month, tour groups are most likely to come back within two months,” he said.