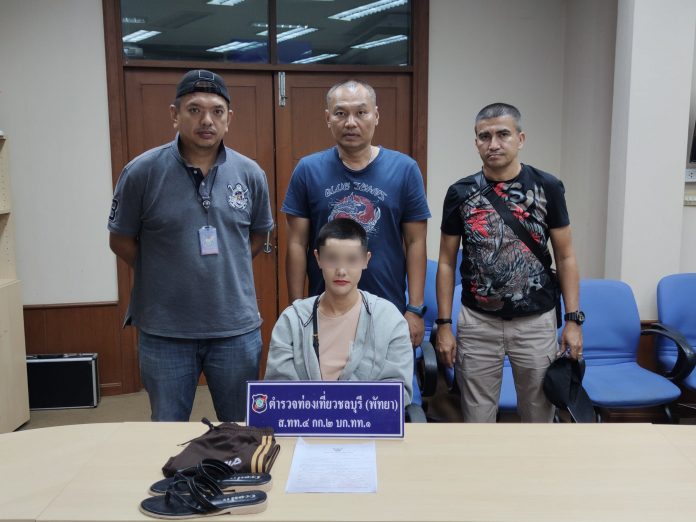 A transgender thief has been arrested for allegedly stealing 28,000 baht from an Indian tourist in Pattaya late last month.

Mr Boonyawin has been charged with theft. However, he has refused the charge and claims he is innocent.

Police have found that Mr. Boonyawin has been arrested several times. He has been just released from a long prison sentence on January 8. The prior arrests were convictions for pickpocketing and theft.