Bang Lamung –
One person has died while three people have sustained injuries after a BMW sedan crashed into two motorbikes in Nongprue yesterday morning.

Lieutenant Colonel Samart Boonrit of the Nongprue Police was notified of the accident at around 7:00 AM on February 2nd, 2020 on Phon Prapa Nimit Road.

Police, emergency responders and The Pattaya News arrived at the scene to find the damaged BMW whose driver was a 25 year old Thai man, Mr. Nattamon Namueangrak. He was not injured and cooperative with police.

One of them had sustained serious injuries. He was later pronounced dead at the scene. He was not identified pending contact of his relatives.

One of the motorbike drivers involved in the accident told Banglamung police that the BMW had crashed into the back of his motorbike. His motorbike then collided with another motorbike.

However, Banglamung police are continuing their investigation for further legal action and reviewing CCTV in the area. 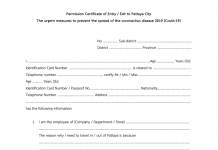 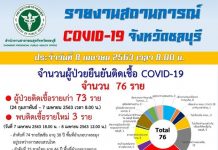 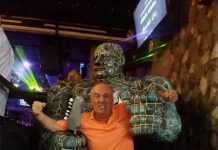 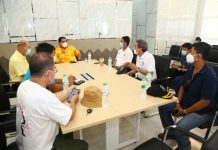