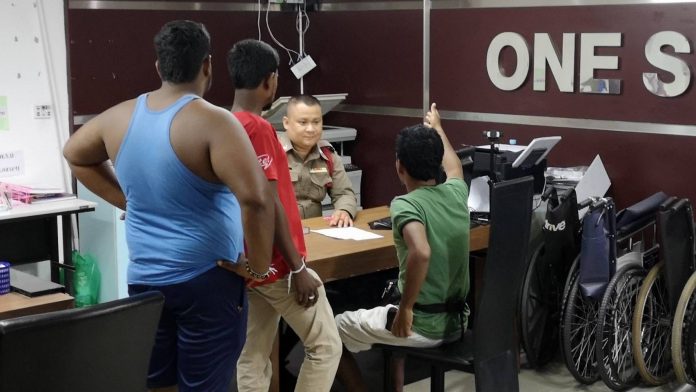 Pattaya –
Police are hunting for a transgender person who allegedly stole from a Sri Lankan man in Central Pattaya this morning.

Mr.Chaminda Kapila Dissanayake, 36, from Sri Lanka had reported to Captian Siriwit Wongwangrom at the Pattaya City Police Station at around 5:00 AM this morning.

He told police that a suspect who was clearly a transgender person had stopped a motorbike near the Pattaya Memorial Hospital where he was out walking before hugging him.

The suspect also asked him to have sexual relations but he refused, Chaminda stated to Pattaya Police. The suspect then drove away.

It was only later that he discovered that about 700 US dollars, about 23,000 baht, in a pants pocket had been taken along with credit and debit cards he told The Pattaya News reporters at the scene.

Pattaya Police are continuing their investigation to find the suspect. They will be reviewing CCTV in the area to attempt to track the suspect and their motorbike. We will provide any further updates here at The Pattaya News.