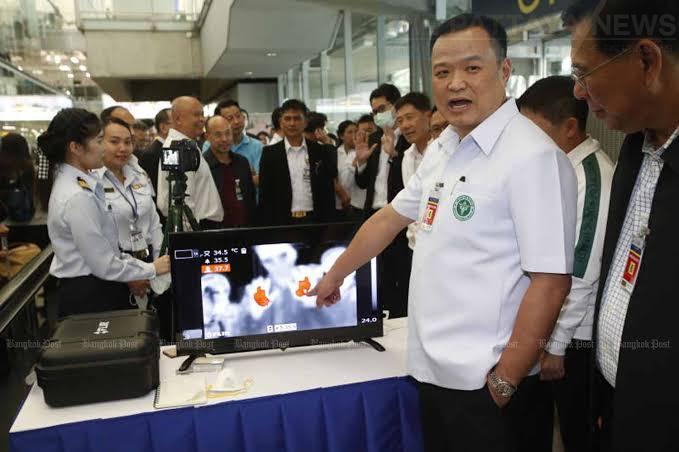 Thailand has taken high-level measures to monitor and prevent the spread of a new coronavirus after China’s public health authority confirmed the virus can spread from human to human last week.

The Ministry of Public Health said China’s decision to put Wuhan — the epicentre of the new coronavirus outbreak — and Huanggang on lockdown will benefit Thailand. As of Friday, January 24, 2020, the lockdown has effectively spread to ten cities and 30 million people.

Disneyland in Shanghai has shut it’s doors with no set opening date.

Major cinemas have also shut their doors across China as one of the traditionally biggest movie weekends of the year approaches.

This weekend is Chinese New Year, traditionally the busiest and most celebratory time of the year for Chinese citizens. However, most major celebrations have been cancelled as authorities in China fight to contain the virus that as of this writing has killed 26 and infected hundreds.

According to Reuters, Wuhan’s local government shut down all urban transport networks and suspended outgoing flights from the city at 10am local time on Thursday, adding the government has told citizens not to leave the city unless for special circumstances.

Citizens in Wuhan have posted on social media that the situation is tense and many are worried about supplies of food and water. Despite the restrictions many residents are actively trying to flee the city. Wuhan is a city of nearly eleven million and the largest city in Central China.

The World Health Organisation called a new coronavirus that has killed 18 people in China and infected around 850 globally “an emergency in China” on Thursday, but stopped short of declaring the epidemic of international concern.

So far, Thailand has confirmed four cases of the coronavirus which has claimed 17 lives.

One of the patients with the virus is a 73-year-old Thai woman who is now being treated in Nakhon Pathom. The youngest victim was 36 years old, most victims have been over 60.

Thai Authorities have told the media that they have increased the level of scrutiny and health checks at airports.

Chinese New Year, The Pattaya News notes, is normally one of the busiest times of the year for Chinese visitors, especially in Pattaya. However, the virus has caused thousands of potential tourists to cancel their plans as they stay home.

This is a developing story and further updates may be made to this article at the discretion of the Pattaya News staff.