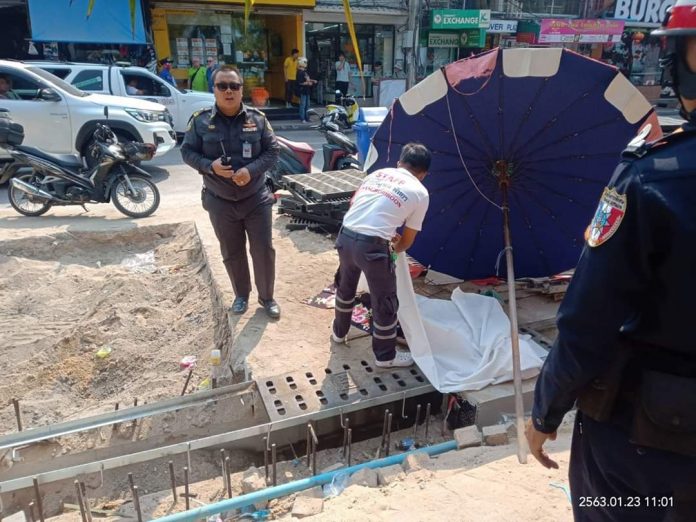 A homeless Thai man was found dead on Pattaya Beach near the entrance to Soi seven yesterday morning around 11:00 AM.

The man, who appeared to be in his fifties, was found near construction work that is ongoing in the area lying down. A passerby called police after noticing that the man was not sleeping and had in fact been deceased for some time.

Sawang Boriboon rescue workers and police stated the exact cause of the man’s death was unknown. He had no identification and had been seen in the area on a regular basis according to Pattaya Law Enforcement officers and was homeless, usually sleeping on the beach.

His body was taken to a local morgue for identification and to determine the exact cause of death.