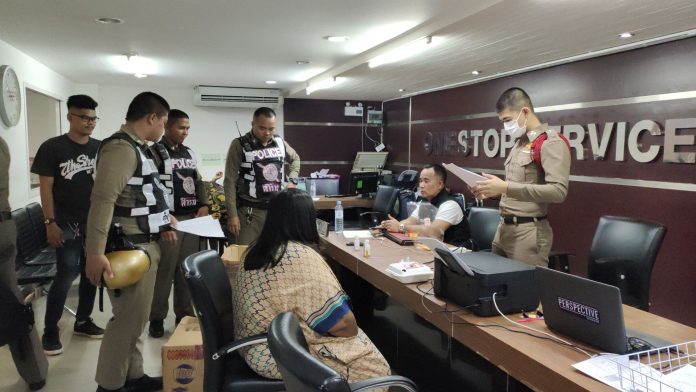 Pattaya –
A woman has been arrested for selling Kratom at Jomtien Beach yesterday evening.

The arrest follows police receiving a tip-off that Jankarn was selling kratom in Pattaya. Police then conducted a sting operation.

Cough syrup is one of the four ingredients in a famous Thai narcotic cocktail known as see koon roi (4×100). Other ingredients mixed with the cocktail is cola and ice.

She admitted that she bought kratom from Patum Thani. It was transferred by a minivan.

She has been charged with illegal possession of Category 3 and 5 Drugs with intent to sell.

The Pattaya News notes that some efforts are being made to legalize Kratom, however, it is not yet Thai law.