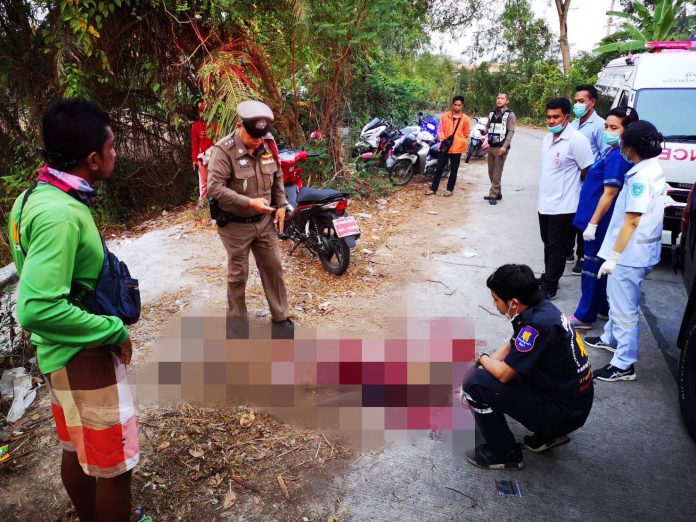 Pattaya –
Local police are investigating after a man was found dead this morning from a gunshot wound on a rural road to identify if it was a suicide or murder.

Lieutenant Colonel Teetat Tarunjan of the Nongprue Police was notified of the incident at 6:30AM in Soi Nong Samor.

He had sustained a single bullet wound to his head and was still alive at the scene but critically injured. Nearby, police found a handmade handgun.

He was rushed to a nearby hospital where he was pronounced dead upon arrival.

No witnesses were found at the scene. However, police are continuing their investigation to identify whether it was a suicide or murder. A friend of the man told the media that his birthday had been the day before and he was out celebrating and in reportedly high spirits.