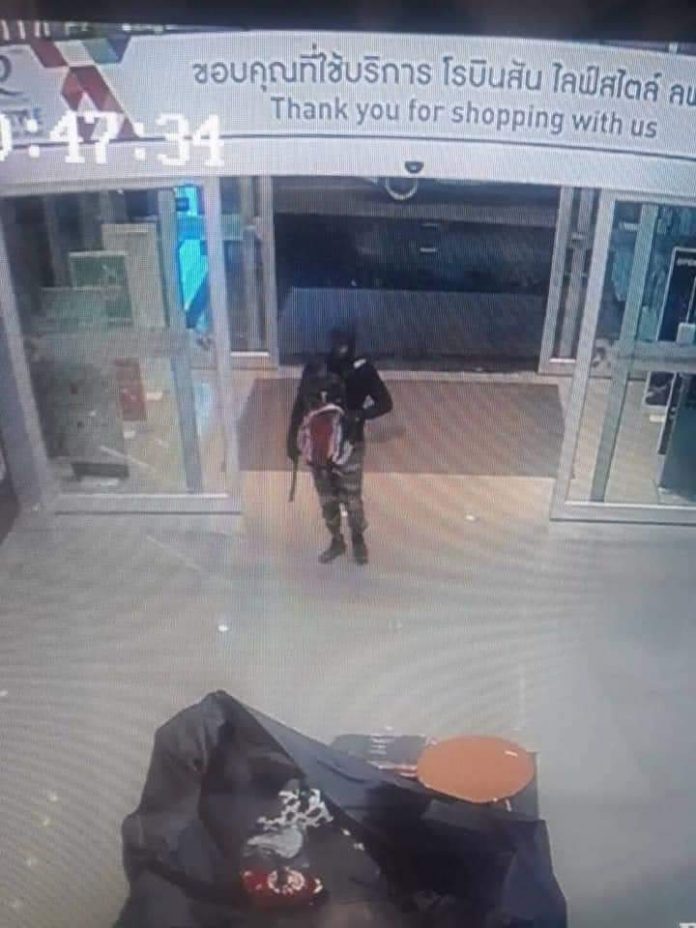 At about 9:00 PM on January 9th, 2020 an armed gunman with a silenced weapon, military style dress and a full face mask robbed a gold shop at a Robinson’s Shopping Mall on Phahonyothin Road in Lopburi, Thailand.

During the robbery the suspect opened fire indiscriminately according to witnesses, killing at least two people initially and injuring four, grabbing a handful of gold before fleeing the scene. One two year old boy was shot while shopping with his mother which was caught on CCTV video. The boy tragically died at a hospital a short while ago according to Lopburi police officials.

Current reports state that at least three victims have succumbed to their injuries at a local hospital, bringing the total killed to five. The Pattaya News stresses this is a breaking story and developments are still coming in.

The suspect remains at large and fled on a Yamaha fino motorcycle. The Commander in Chief of the Thai Royal Police Major General Chakthip Chaijinda has called for the immediate capture of the suspect and says all possible resources of the Thai Police are being used to locate the suspect.