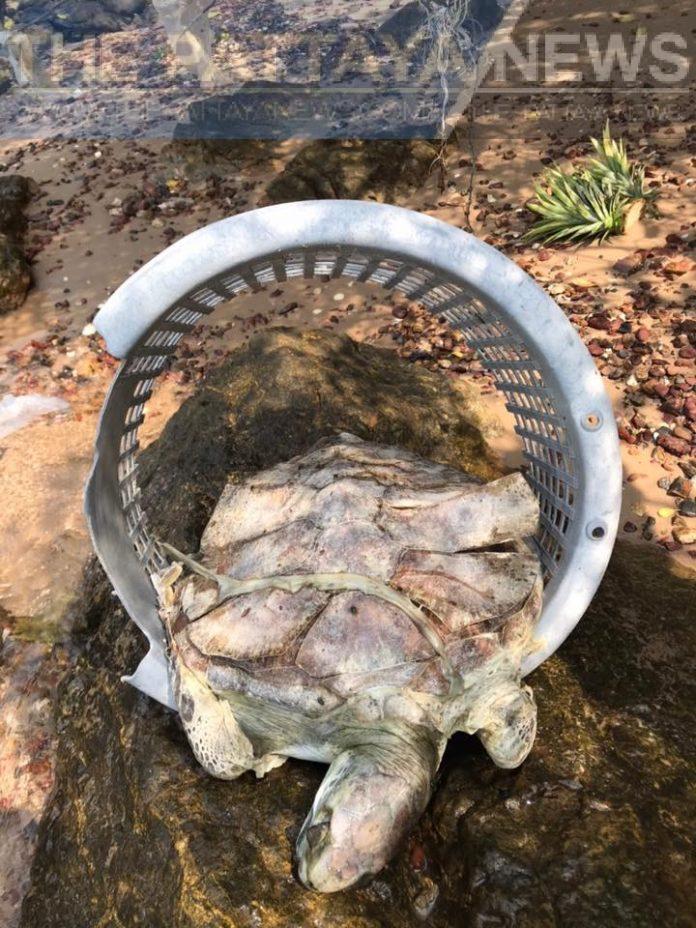 Sattahip –
A large sea turtle in Sattahip was found dead today, January 8th, 2020 with rubber bands in its intestines.

The Sea Turtle Conservation Centre of the Royal Thai Navy was notified of the dead sea turtle at 10:00AM on a local beach.

They arrived at the scene to find the green turtle in a basket after a local resident had found the turtle on the beach.

The turtle is around four years old. No microchip, commonly used for tracking endangered sea turtles locally, was found on the turtle. It had already started to decay.

Rubber bands were found inside its intestines after an autopsy was performed by marine doctors this afternoon and is believed to have contributed to the death of the turtle. 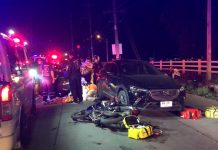