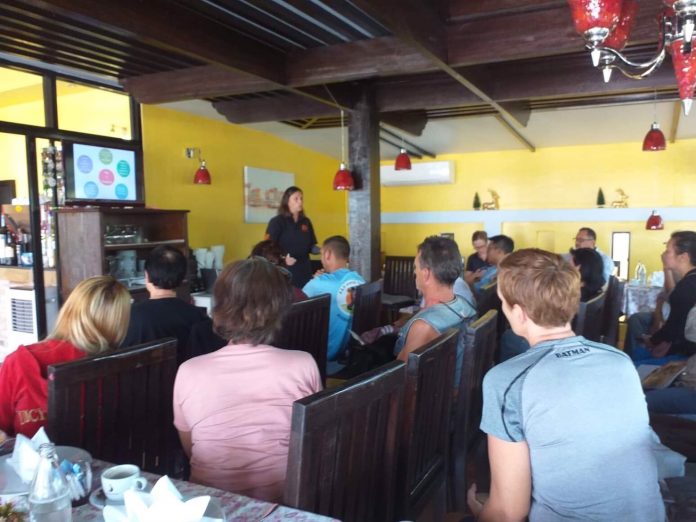 Around Christmas, Falko Duwe, a dog-loving Pattaya expat, together with Dr. Kwanchai Chaiplum, a veterinarian who has been neutering dogs in the area for a number of years, hosted an appreciation party plus a small workshop for local dog rescuers and feeders at August Restaurant.

Staff from the Soi Dog Foundation were invited to the doggy forum where they spoke about animal welfare and the progress made in neutering dogs in Pattaya and shared some practical animal handling tips.

Other hot topics included rabies and the CNVR process (Catch, Neuter, Vaccinate, Return) which is the most efficient way of controlling the stray dog population and eliminating rabies. The aim was to arm attendees with facts and knowledge so that they as animal ambassadors can spread correct information and “sing the same song” in the community.

Soi Dog has neutered 4,176 dogs in Pattaya since its project began in August 2018. The foundation will continue its support in the city in 2020, funding the neutering and vaccinating of 200 free-roaming dogs a month.