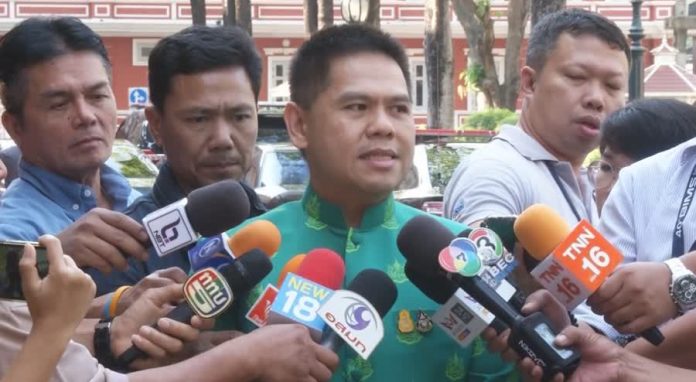 BANGKOK (NNT) – People are aware of a campaign against the use of plastic bags and are increasingly using cloth bags for shopping. Natural Resources and Environment Minister Varawut Silpa-archa said he was heartened by widespread online criticisms of obscured images of plastic bags on TV because he said it has raised public awareness.

Mr. Varawut said the removal of images of plastic bags was a measure of cooperation and it depends on individual TV channel whether to do so. He added that the blurring will draw criticism, which helps raise the awareness among the Thais that January 1 was the first day of the campaign against the use of plastic bags and that Thailand has already begun to reduce their use.

At convenience and department stores in the capital district of Khon Kaen province, people were found carrying cloth bags while shopping. Those convenience stores are no longer providing plastic bags and display signs saying so. For those who may not have brought cloth bags with them, the stores have offered recyclable bags for three baht each. They can be returned and changed to new ones for free at the stores where they were purchased.